What impact will changes to the US National Environmental Policy Act have on the climate? 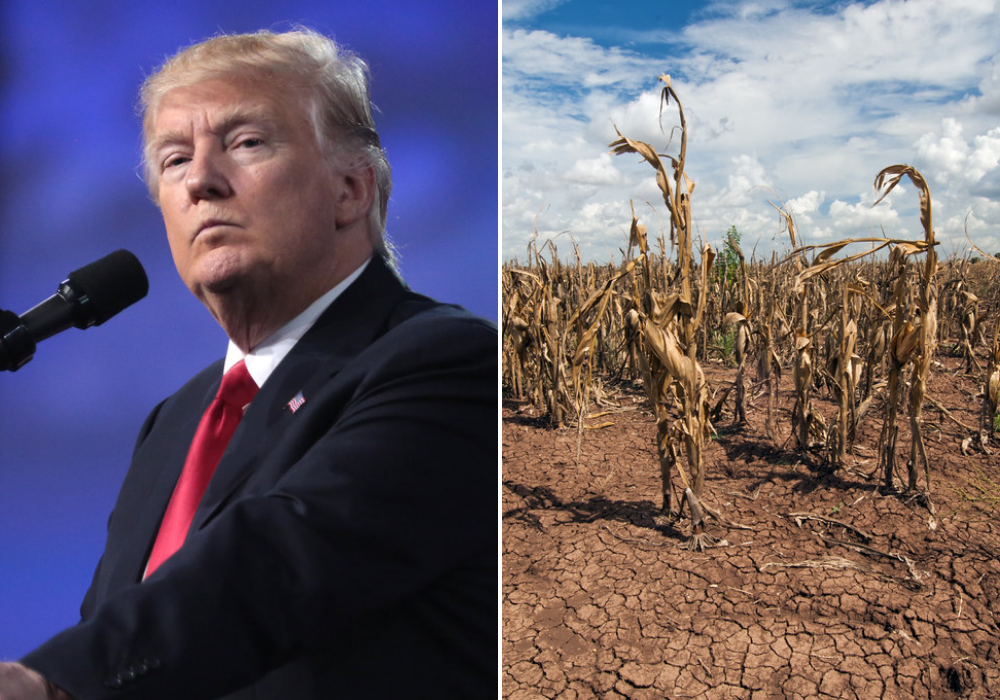 US President Donald Trump announced changes to the National Environmental Policy Act (NEPA) earlier this month – and his decision could have dramatic impacts on the future of climate change.

The policy alterations will make it easier for federal agencies to approve infrastructure projects without considering possible effects on the environment.

NS Energy looks at what the NEPA act is and why environmentalists are challenging President Trump’s decision.

When NEPA was enacted in 1970 by then-president Richard Nixon, it was one of the first laws to be written that established a national framework based around protecting the environment.

It aimed to ensure all government branches consider the consequences of federal activities that could go on to impact the climate.

The implementation of NEPA’s guidelines rests with the Council on Environmental Quality (CEQ), created by the US Congress as part of the act.

Although the policy is limited purely to agencies of the federal government, some states have introduced similar regulations, ensuring their own organisations consider environmental impact when making decisions.

What changes has President Trump made to the National Environment Policy Act?

President Trump’s change to the law is the first in more than 40 years and is said to have been backed by several businesses that claim NEPA has either delayed or blocked projects, such as laying oil pipelines, building dams, and establishing mines.

The update was released by the CEQ and means construction that lacks substantial government funding will not require federal environmental consideration.

The Trump administration has also said the change would widen the category of projects that will be exempt from NEPA regulations.

Speaking after the announcement, the president said: “We want to build new roads, bridges, tunnels, highways bigger, better, faster.” He also said he wants to build them at a lower cost.

The president claims the law threatens the jobs of US workers, saying: “These endless delays waste money, keep projects from breaking ground and deny jobs to our nation’s incredible workers.”

Interior secretary David Bernhardt added: “The step we’re taking, which will ultimately lead to final regulations, I believe will hit a home run in delivering better results to the American people by cutting red tape that has paralysed common-sense decision making for a generation.”

Why environmentalists oppose the changes to the National Environmental Policy Act

World leaders and environmentalists are currently attempting to cut the amount of CO2 produced to combat climate change and create a cleaner economy.

The US’ decision to ease the powers of NEPA has been viewed as the latest step by the country to indicate it’s not taking the climate crisis as seriously as required.

That view has already been fuelled after Trump confirmed the US would no longer be working towards the 2015 Paris Agreement goals.

Under the international pact, delegates from 196 countries agreed to reduce greenhouse gas emissions and cap the rise in global temperature at “well below” 2C above pre-industrial levels, with less than 1.5C being the ideal scenario.

A letter discovered by Greenpeace’s investigation unit suggested British oil major BP may have successfully lobbied US policymakers into changing NEPA’s laws, according to a report in the Guardian.

The letter — found by Greenpeace’s Investigation Unit — sent from BP to the CEQ in August 2018, said that streamlining the policy process would “directly benefit BP’s operations in the US”.

The oil firm is looking to increase its business in the country after agreeing to buy BHP Billiton’s shale business for $10.5bn last year.

Greenpeace USA’s political and business strategist, Charlie Cray, said the Trump administration’s proposal to change NEPA’s policies is a “thinly veiled sell-out to corporate polluters at the expense of our communities’ clean air, water, and health”.

“Gutting this bedrock environmental law is a blatant attempt to prevent action addressing climate change and an attack on every neighbourhood across the country,” he added.

“The changes Trump is proposing include the exclusion of cumulative and long-term effects on climate considerations from federal projects, as well as redefining the term ‘major federal action’.

“Both of which would let oil and gas companies run roughshod over communities in harm’s way and be catastrophic for the climate in the long run.

“Trump brags about clean air and clean water every chance he gets, but every action he actually takes simply brings more pollution.”