How can the mining industry improve its safety standards?

Researchers found that improving the lines of communication at mining sites could go a long way to boosting safety across the industry. 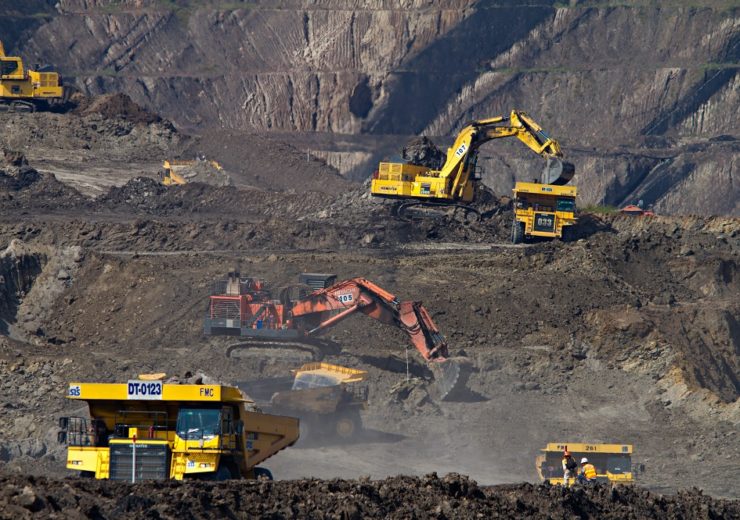 Despite some recent improvements, mining remains one of the most dangerous industries in the world

A team of US behavioural scientists spoke to thousands of people working in the mining industry in order to identify factors that impact cultures around safety. World Mining Frontiers writer Andrew Tunnicliffe discusses how this research can improve communication and ultimately save lives with Dr Emily Haas, senior research behavioural scientist in the Pittsburgh Mining Research Division at the National Institute for Occupational Safety and Health (NIOSH).

Mining remains one of the most dangerous industries in the world. According to The World Counts website, more than 15,000 deaths resulting from mining occur each year. The Denmark-based project, which collects official data on myriad issues, says miners are more at risk of injury or death than any other profession the world over.

In the US, the number of mining deaths and injuries has plateaued in recent years. Some 27 fatalities and 4,035 injuries were recorded in 2017, according to figures from the US National Institute for Occupational Safety and Health (NIOSH). The number of deaths remained the same in 2018, reports the US Department of Labor’s Mine Safety and Health Administration (MSHA).

While coming to the end of a five-year project investigating the ways that mining incidents could be reduced, NIOSH behavioural scientist Dr Emily Haas believes there are practical steps that mining operators can take to help mitigate risk and better communicate health and safety practices with their workforces.

Working for NIOSH at its Human Factors Branch of the Pittsburgh Mining Research Division, Dr Haas and her team looked to identify factors impacting safety cultures and how they could be addressed with the aim of further improving safety, workplace interventions and communication.

Working across tens of mining sites, researchers spoke to and worked with thousands of mining professionals.

“The first objective was to assess the current safety climate in the mining industry,” she explains. The aim was to understand how the focus of mining companies could be shifted away from simply trying to ensure best practice in health and safety towards making real change on the ground, and not simply assuming that policies implemented on the direction of company leaders were received and acted upon as intended.

“We went to approximately 40 mines and surveyed 2,700 workers from quite a few different mining sub-sectors,” says Dr Haas. “We designed the survey around specific, external and internal factors that were really significant indicators of how workers were making decisions on the job.”

Interviewees ranged from managers to supervisors, front-line miners to health and safety professionals – the full spectrum of today’s mining sector.

However, Dr Haas says the team was mindful not to be seen as going to tell site managers and miners what they were and weren’t doing right. In fact, companies welcomed the opportunity to work on the project, becoming integral to the study, she adds, which wouldn’t have been possible without them.

“We really found a lot of gaps in communication. There were three things really prevalent: one was management visibility on-site. Is management visible throughout the day or is it just a pre-shift meeting? This included following through on things that they said they would do.”

Another factor was management consistency, she continues: “Are they treating everyone the same, communicating the same messages across different shifts?” Finally, they questioned whether managers were involving workers in key decision-making over safety, ensuring all were aware of their responsibilities.

Added to this, during the project the team assessed something never previously considered. “We also looked at things like someone’s risk tolerance, what’s their thoroughness and adaptability, and their knowledge of the job?” Dr Haas adds.

New technology has a key role to play

Researchers asked some workers to take part in a further element of the study: reviewing them in their working environment to see how their job tasks and work practices impacted upon their risk and that of their colleagues, with a particular focus on their exposure to dust.

“Another aim of the project was to look at technology and its role in a health and safety management system, related to dust controls, specifically,” Dr Haas continues.

Before miners went to work, they would answer a survey about their understanding of their exposure levels and how they manage them, as well as their role in ensuring mine safety.

As they went on shift, each would be equipped with NIOSH’s Helmet-CAM to wear for a few hours, with footage to be reviewed at the end of their work after the cameras were linked up to monitors to examine their exposure to dust.

“After they wore these devices, our software could actually link the two together. Workers could see what they were doing and what their exposure was, and we could identify hot spots around the dust exposure on that site,” Dr Haas says.

The exercise was really well received, she adds, with miners often taking control of the computer to view the footage in their own time and assess what the camera had recorded.

“We could share these results with management and give recommendations, both in terms of supporting the workforce and making changes to engineering controls on-site,” says Dr Haas. “We came back a couple months later and did everything again.

“Then we followed up with managers six months later to see what practices were maintained. We found that overall, workers were really maintaining practices they had control over to reduce exposure. It was really empowering for them.”

Dr Haas says the work her team has done has provided real benefits to the mining industry and the companies involved. “We could actually show companies, ‘Here are the things that, on your side, have the biggest impact on worker performance and decision-making on the job’.”

Presented in a matrix, researchers were able to identify the areas mining companies and their workforces were particularly good in, and areas that might need attention. This approach would allow managers to focus on areas where significant change could happen and how workers might respond to it.

This knowledge could then be fed up the chain to more senior decision-makers, meaning better choices could be made on equipment procurement, safety practices or fixes to engineering controls that might otherwise have been missed.

Being able to understand worker tolerance to risk is, the research suggests, a significant step towards enabling mining companies to better understand the challenges they face on worker safety and communication. “We really saw we need to take a step back and figure out how we are even communicating about this in the first place,” Dr Haas says.

In addition to the scorecards, companies took the initiative to use study results to develop their own new, updated training modules, rolling them out across all of their sites, not just the ones that were involved in the study.

Dr Haas also believes ensuring workers are able to influence health and safety learning and policy is an essential part of their buy-in. “One thing everyone had in common was the idea that there’s not much more that they can really do,” she says.

“Participating in this work and then being able to see that there are actually things that they can do, and they do have some control over their health destiny, was really helpful for them. They actually became way more invested in their health.”

While good health and safety practices in mining are essential, communicating them effectively is equally as important. And not just among each other today, as Dr Haas warns. “Right now, one of the biggest challenges that the industry is facing is turnover. You could have really great people who have established some great programmes, then they retire or go somewhere else, and those programmes go too.”

Therefore, communicating good practice across a shift, a mine and a company and standardising them is vital, she adds.

“We just want them to be ingrained there and part of the daily routine, so they don’t leave when the person does. It’s also why it’s important to start at the top of a company so that stuff is built into their culture too.”