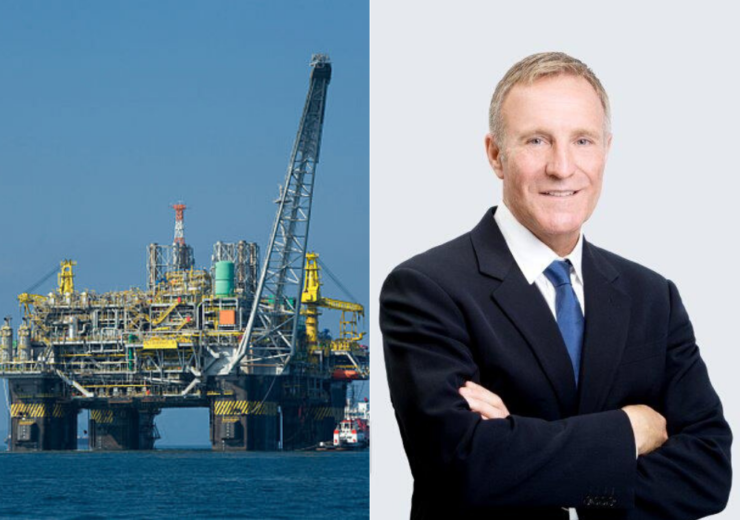 Oil and gas companies need to stop apologising for their role in climate change because they’re already doing a “tremendous job” in cutting emissions, claims the exec of an industry giant. Mark Gyetvay, deputy chairman of the management board at Russia’s second-largest natural gas firm Novatek, believes the sector hasn’t had a chance to demonstrate environmental changes it has already made because it instead gets “shouted down”.

His comments about how society also needs to take more responsibility for reducing carbon emissions were greeted with a large round of applause yesterday (26 February) at energy industry conference IP Week in London, where many of his views were backed up by other speakers.

Referring to US Democratic nominee hopeful Bernie Sanders’ plans to place heavy taxes on energy companies, Gyetvay said: “We have the energy industry on the right and the green movement on the left. Without doubt, the energy industry has moved to the middle.

“We’ve made a significant amount of effort to clean up our business. The investments we’ve made are enormous.

“We have to stop and look at this from a realistic perspective and take a more aggressive stand in how we deliver our message because the industry has done a tremendous job and we’re not getting recognised for it.

“There are too many CEOs sitting in front of people on stages like this and apologising.

“Well we’re not apologising – we need to fight back and show the world we’re taking these steps so that when we talk to the left and the green movement, we don’t get shouted down.

“There’s no dialogue today. There’s just shouting from one side.”

According to Gyetvay, more than 900 million people don’t have access to electricity and 500 million are without any means of cooking food.

The International Energy Agency (IEA) also estimates that 450 million more people in India and China have gained access to clean cooking since 2010 and the Novatek exec believes this highlights another “tremendous job” by the industry in bringing people out of poverty.

He said the high number of people still without access shows there is a big challenge to meet great demand for power rather by increasing supply, rather than decreasing it as many green groups have suggested must happen.

Gyetvay was also keen to address the role society can play, adding: “The energy transition is real – we’re moving away from the idea that we’re wasting – but you walk into every house and you expect that when you turn on the light switch, the lights go on.

“If you need to charge your iPhone or Samsung phone, the moment that power goes off, the dialogue changes and there’s a different problem.

“Society needs to understand this. We can’t live today without energy. Why not turn off the power grid for a month and then we’ll see a different set of dialogue.

“When we look at this whole carbon emissions problem, the energy industry is responsible for about 20%. So 80% comes from the consumer side and we need to look at the whole picture.

“Let’s not just focus solely on oil and gas companies as a culprit, and instead see where we can make a difference in that 80% – within areas that people don’t want to talk about despite it being a major part of the problem.”

The unapologetic tone was mirrored by Steve Holliday, president of the UK-based Energy Institute professional body that organised the conference, when opening the event on Tuesday.

He spoke about his pride in what the energy industry had achieved in changing the world – something he believes it could do again.

“There’s a widespread – and to my mind misguided – view that the oil and gas sector can only ever be the problem.

“It’s wrong because the sector is capable of incredible things.

“Over this coming decade, as the impacts of climate change bite harder and the calls for action grow louder, the credibility of this sector will be tested.

“To pass that test, the industry needs to show demonstrable, rapid change, now.”

In the same panel discussion as Gyetvay, Katie Dourian, the World Energy Council’s regional manager for the Middle East and Gulf states, pointed out how oil and gas wouldn’t simply be removed from the global energy mix.

But she admitted that “changing the narrative” was crucial for the oil and gas sector to show the public it isn’t just polluting the atmosphere but also developing carbon capture and storage technology that is already reducing emissions in some areas.

“It’s about bringing society into the conversation because at the end of the day, they are the shareholders but don’t really have a voice,” she said.

“They have people at Davos talking down to them, screaming and shouting about how bad it is.

“Apart from a few areas where you are getting a lot of emissions like US methane, they are trying to do something about it.”

Oil majors like BP have been the focus of protests by environmental campaigners in recent years due to their perceived lack of interest and investment in decarbonisation.

But Colette Cohen – CEO of the Aberdeen-based Oil & Gas Technology Centre, a publicly-funded group that aims to transform the North Sea oil basin into a net-zero energy producer – believes society needs to take a look at itself rather than just propose shutting down oil and gas.

“There’s a very naïve conversation in the UK about oil and gas,” she said. “Ultimately, people want to live the lives they currently have and it’s okay if the pain comes from large industry, but not from their personal lives.

“The reality is that oil and has enables more than 17,000 daily products, from your phone and holidays to shampoo and PCs.

“Oil and gas isn’t just going to disappear in the next five or 10 years – it’ll probably be more like 20 or 30 years. So this is truly a transition.”