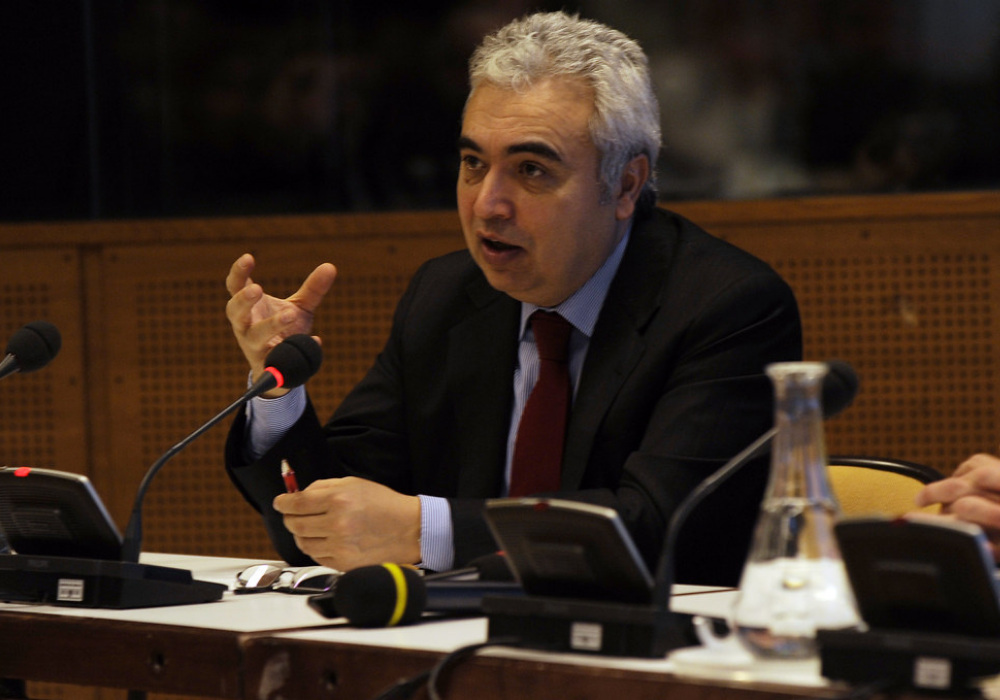 This can be the decade where the world wins its climate fight and cuts greenhouse gas emissions, according to the International Energy Agency’s (IEA) boss.

Fatih Birol, executive director of the Paris-based IEA think tank, believes the energy industry and governments need to take action to ensure emissions peak as soon as possible, before working hard towards putting them into a steep decline.

Writing for US broadcaster CNN, Birol admitted that despite his optimism for the decade ahead, the gap between the planet’s current path and the road to keeping temperatures in check is continuing to widen.

“This can be the decade when, together, we win the key battle in the climate fight by putting emissions on a sharp downward trajectory without jeopardising energy security or economic growth,” said the IEA boss.

As part of the world’s commitment to reducing CO2, the 2015 Paris Agreement saw 196 countries agree to cap the rise in global temperature at “well below” 2C above pre-industrial levels, with less than 1.5C being the ideal scenario.

But Birol said enthusiasm generated by the international pact has now given way to frustration for many.

He added that to make the necessary cut in emissions, the world must “take on and reach ambitious goals” by urgently stepping up its action.

The energy industry plays a significant role in the day-to-day lives of the planet’s 7.7 billion population, but it contributes more than two-thirds of the CO2 produced — largely down to the use of high-polluting fossil fuels.

Analysis by the IEA claims energy-related emissions can be cut by up to a third by 2030 through “swift, smart policies” from governments, which give companies and investors the “incentives and clarity they require to accelerate the transition towards cleaner technologies”.

Birol believes companies in the industry must move quickly to reduce emissions from their operations while developing clean energy technologies that can transform global energy.

He added it will not be simple to navigate the changes to policy-making and business models, but he is optimistic “we can all rise to this challenge”.

Governments and companies have the means to ‘make the transition happen’

As part of the energy transition, he believes companies have the “deep pockets and the large-scale engineering expertise” to pump money into low-carbon technologies — such as carbon capture, hydrogen and offshore wind.

But the IEA boss warned the social impact of transition must be managed in a “fair and just manner, particularly for the most vulnerable”.

He called for a grand coalition to be formed that encompasses governments, investors, companies and anyone else that is committed to taking measures to reduce global emissions — although there are currently seven coalitions in place looking to achieve the same goal.

Birol said governments need to lead the transition as he claims they drive more than 70% of global energy investments — with energy firms playing their part by accelerating a shift towards cleaner fuels and technologies.

Cleaner technologies have been implemented successfully

Birol believes that alongside greater use of renewable energy and other low-carbon solutions for generating electricity, the clean technology transition can accelerate improvements in energy efficiency within industry, homes and transport.

He added it can also lead to a reduction in emissions in the operations of oil and gas firms, as well as bolster other clean sources such as nuclear power.

Birol highlighted Denmark as an example of a country leading the way on large-scale use of renewables within its energy mix – after it generated a record-breaking 47% of its electricity from wind in 2019.

India also received praise for its rapid large-scale deployment of energy-efficient devices, such as LED lamps.

IEA boss speaking about the energy transition at Davos

Birol was a speaker at the World Economic Forum (WEF) in Davos, Switzerland, last week, where company bosses and world leaders discussed how to combat climate change.

The IEA’s executive director stressed his organisation’s intentions to help provide the real-world solutions it believes are needed for a secure and sustainable clean energy transition.

Separately at the WEF, Lord Nicholas Stern, chair of the Grantham Research Institute on Climate Change and the Environment, warned the planet is close to a point of “no return” and radical changes are required over the next 10 years.

China is the world’s largest greenhouse gas emitter, accounting for more than a quarter of all global CO2 produced — and Lord Stern said decisions set to shape the world’s future as it looks to combat climate change will be taken in the Asian country.