How seven climate change coalitions are helping to reduce emissions

The Under2 Coalition brings together 220 governments and claims to represent over 1.3 billion people 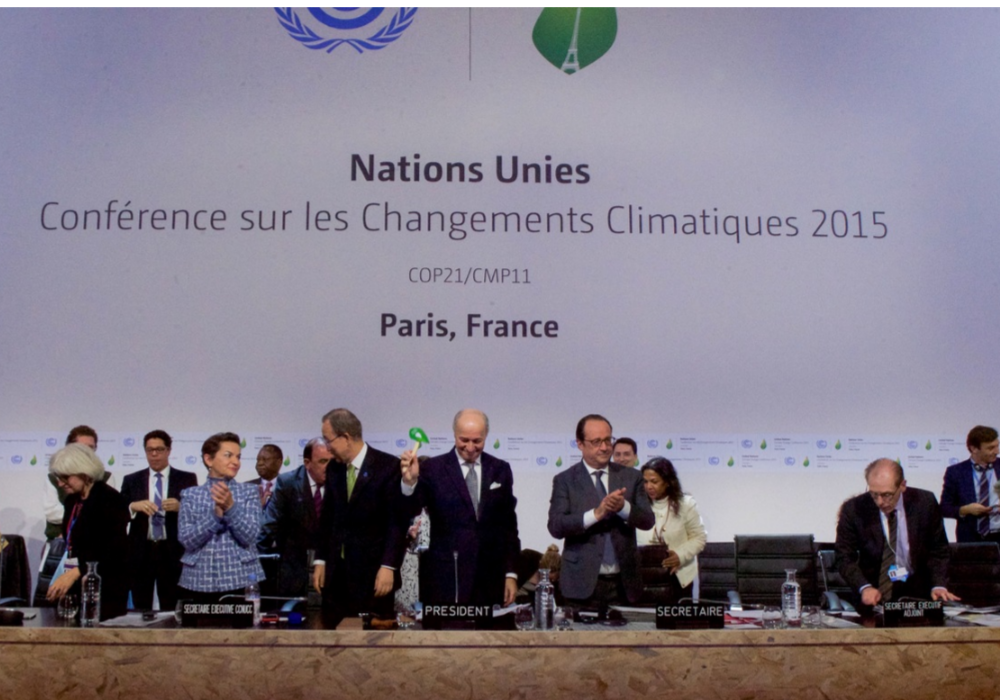 The Paris Agreement was agreed in the French capital at COP21 in 2015 (Credit: U.S. Department of State)

A number of climate change coalitions have formed in recent years following a global movement to try and reduce the planet’s greenhouse gas emissions.

UK-based international non-profit organisation The Climate Group, for example, has played an integral role in helping governments and businesses form a plan to meet the proposed temperature goals of the 2015 Paris Agreement.

The group has also played a part in the introduction of schemes such as the Under2 Coalition, RE100 and We Mean Business to support a transition away from carbon reliance and towards renewable energy.

The 2015 Paris Agreement, signed by representatives of 196 countries, created an international pact that aims to reduce greenhouse gas emissions and cap the rise in average global temperature at “well below” 2C compared to pre-industrial levels, with less than 1.5C being the ideal scenario.

The collective economic might of the treaty’s participants, which include France, China, India, Germany, Brazil and the UK, also promises to provide $100bn annually to poorer nations harassed by floods, heatwaves and rising seas.

The Under2 Coalition was established in 2015 and is a global community of state and regional governments committed to ambitious climate action in line with the Paris Agreement’s temperature rise goals.

Bringing together 220 governments, it claims to represent over 1.3 billion people and 43% of the global economy.

The movement has three key areas it is working on:

It has brought together more than 370 investors with over $35tn in assets under their management.

The group says it is working with companies that include 100 “systemically important emitters” that “account for two-thirds of annual global industrial emissions”, alongside more than 60 others with “significant opportunity to drive the clean energy transition”.

Some 87 firms spanning roughly 30 industries and located across the globe have signed up to the We Mean Business scheme, which launched in June 2019 and aims to encourage business leaders to tackle climate change.

The companies are collectively worth more than $2tn and represent about 4.2 million employees combined.

Members of the group tacitly commit to adjusting their operations in order to limit the number of emissions they produce, subject to the 1.5C Paris Agreement target as well as a bid to reach net-zero emissions by no later than 2050.

RE100 is led by The Climate Group and is one scheme that makes up part of the We Mean Business coalition.

It is a global corporate leadership initiative bringing together influential businesses committed to 100% renewable electricity by 2050 at the latest.

The scheme hopes to accelerate a global shift towards zero-carbon grids, with high-profile firms such as Japanese multinational Panasonic already signed up.

EP100 is another initiative set up by The Climate Group that forms part of the We Mean Business strategy.

It aims to make smarter use of energy and claims to be a “practical step companies can take to lower their emissions, future-proof their business and demonstrate climate leadership”.

The three commitments of the movement for companies are:

Another scheme that makes up the We Mean Business movement is EV100, which aims to clean up the transport sector – the fastest-growing contributor to climate change, accounting for 23% of global energy-related greenhouse gas emissions, according to The Climate Group.

The initiative aims to make electric vehicles the new normal mode of transport by 2030, with London’s Heathrow Airport committed to the cause.