Will Joe Biden’s US infrastructure plan look to nuclear energy?

By Nuclear Engineering International  21 May 2021 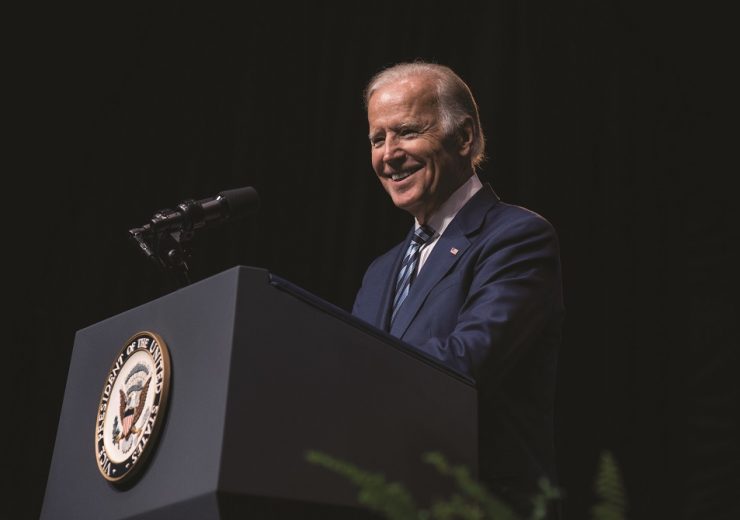 New US president Joe Biden has ambitious plans to use massive post-Covid investment to upgrade the country’s crumbling infrastructure and join the rush to low-carbon – but will it be positive for nuclear energy? Nuclear Engineering International magazine takes a look at the signals.

On 31 March, US President Joe Biden released a legislative package titled ‘The American Jobs Plan’. In fact, its focus is on renewing US infrastructure. The plan kicks off by promising to invest “in America in a way we have not invested since we built the interstate highways and won the Space Race”.

Noting that while the US sits at the top spot for wealth but thirteenth on the quality of infrastructure, the plan says that “after decades of disinvestment, our roads, bridges, and water systems are crumbling”, and promises action.

Just a few weeks after Texas suffered weather-induced blackouts, Biden’s plan says “our electric grid is vulnerable to catastrophic outages”. That puts it front and centre of an infrastructure plan that also includes a swing to a low-carbon economy.

Biden had already announced plans for the US to rejoin the Paris Agreement — a clear indication that clean energy will be a major part of his agenda.

What does this mean for the US nuclear industry? The US still has 94 reactors in operation, but they are ageing and facing rising costs as a result, and they face increasing competition from renewables and natural gas. Five are expected to close this year in Illinois and New York.

Nuclear Innovation Alliance executive director Judi Greenwald saw an opportunity in the new infrastructure package, saying in a statement: “Among broader energy sector investments, the plan would support the development and demonstration of advanced nuclear energy, a clean energy technology critical not only for meeting mid-century climate goals but for ensuring a more resilient energy infrastructure in the decades to come.”

She noted that the plan “specifically incorporates advanced nuclear energy as eligible for funding for demonstration projects, building on ongoing activities by the Department of Energy and industry to demonstrate the commercial viability of next generation nuclear power”.

And she added: “It also calls for the use of federal buying power to facilitate domestic manufacturing of critical technologies like advanced nuclear energy in alignment with a letter recently submitted to the administration by NIA, Google, Third Way, Clean Air Task Force, and other tech and climate-focused groups. We look forward to working with stakeholders across the energy sector to support the enactment of these important clean energy initiatives.”

That is a callback to Biden’s climate and energy plan, which is also positive towards nuclear. In fact, US commentators note that Biden’s was the first Democratic Party platform in 48 years that explicitly supported an expansion of nuclear energy.

According to Bloomberg reports, presidential climate adviser Gina McCarthy confirmed nuclear energy should be one of the power sources eligible for the national clean energy mandate and indeed Biden’s climate plan names nuclear as a zero-carbon technology that can help address climate change.

The plan promises to “leverage the carbon-pollution free energy provided by existing sources like nuclear and hydropower, while ensuring those facilities meet robust and rigorous standards for worker, public, environmental safety and environmental justice”.

The administration’s focus will be on managing nuclear’s cost, safety and waste-disposal challenges. The climate plan also lists “reclaiming” domestic uranium mining as a goal.

However, the industry took heart from indications that nuclear is not just seen as relying on existing designs, but as a new technology opportunity.

The existing Advanced Research Projects Agency–Energy (ARPA-E) will be boosted with an ARPA-C agency for climate technology goals in particular. Within the ARPA-C initiative are “affordable, game-changing technologies to help America achieve our 100% clean energy target”, that include small modular reactors at “half the construction cost of today’s reactors”.

Industry members were quick respond and try to reinforce the positive nuclear message.

Among the potential new designs will be GE Hitachi Nuclear, a venture between General Electric Co and Hitachi Ltd, that will use the Natrium design along with Bill Gates’s TerraPower LLC. “It will be all about getting online, getting traction, getting those reactors under construction,” Jay Wileman, president and chief executive officer of GE Hitachi, told Reuters Next.

“This is a great opportunity for our country to get our groove back after a number of years of challenges,” Dan Poneman, president and chief executive officer of advanced fuel fabricator Centrus Energy Corp, told Reuters.

Noting that the US is “two-thirds fossil fuels,” he told SP Global, “In 14 years, it’s going to be fossil fuel-free? I can tell you that’s a signal that all roads are going to have to go by nuclear plants, I think, if you’re ever going to get there”.

Cameco CFO and senior vice president Grant Isaac noted in the same report that nuclear would also benefit from the move toward environmentally-conscious financing. He saw investors’ growing concern over fossil fuels outweighing worries about the dangers of nuclear power. He said large companies with challenging net-zero emissions targets are being pulled toward nuclear power.

Sama Bilbao y Leon, director-general of the World Nuclear Association, was quoted as saying that global policymakers need to structure electricity markets so that the full benefits of nuclear power, including its reliability and emissions-free power are recognised.

That way they can compete with renewables and other forms of advanced technology. “Number one, there is a need for a level playing field in all aspects” for nuclear power, she added.

Key to the operating plants will be President Biden’s pick for chair of the US Nuclear Regulatory Commission (NRC) Commissioner Christopher Hanson.

Hanson, a Democrat, joined the NRC in June 2020, appointed by then-President Trump. Federal law says that the commission cannot have more than three members of the same party but Hanson’s appointment switches the majority, as he has replaced Republican Kristine Svinicki.

As chair, Svinicki focused on transforming the NRC into a “modern, risk-informed regulator” with proposals to streamline environmental and safety reviews for new reactor designs. Hanson has “more of a pro-safety bent,” according to Edwin Lyman, director of nuclear power safety for the Union of Concerned Scientists (UCS).