The long-awaited Wood Review aims to extend the life of the UK Continental Shelf and generate £200 billion of additional value for the UK economy over the next 20 years. World Expro’s Julian Turner and report author Sir Ian Wood have the 28th oil and gas licensing round in their sights. 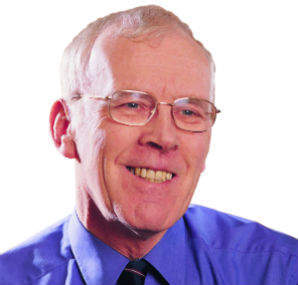 Oil and gas E&P companies wishing to compete for unlicensed seaward blocks on the UK Continental Shelf (UKCS) have until 25 April to submit their bids to the Department of Energy and Climate Change (DECC), as part of the 28th round of offshore petroleum licensing.

A record 21 new operators applied for said licences in 2013 – bringing the total number working in the North Sea to 50 – and 36 offshore projects were approved. Yet, despite unprecedented capital investment of £14 billion and lucrative tax breaks on decommissioning, only 15 wells were drilled, and fewer than 100 million barrels of oil equivalent (boe) have been discovered in the last two years.

A decade ago, nearly four million barrels a day (boepd) were extracted from the UKCS. But, despite this precipitous decline in production – the result of mature fields drying up and costly outages due to deteriorating infrastructure – UK Energy Minister Michael Fallon remains confident that licences will once again be snapped up by established and nascent operators.

"There continues to be extremely high level of interest in North Sea oil and gas, which is unsurprising when there could be as many as 20 billion barrels of oil still buried deep within the seabed," he said in January, when the licensing round was announced. "This new round of drilling for offshore oil and gas will help boost growth, energy security and jobs in the UK."

"Recent data from the DECC demonstrates that in 2011, the UKCS experienced a 50% drop in the number of exploration wells drilled, a number which has so far yet to recover," she stated. "Today’s announcement of the 28th offshore oil and gas licensing round will, we hope, encourage new applicants as well as established companies to explore the basin but the industry needs to work collaboratively with HM Treasury and DECC in a tripartite arrangement as outlined by Sir Ian Wood’s recommendations in his interim report.

"We believe this approach ultimately holds the key to the future success of the North Sea."

"The report contains four key recommendations," says Wood. "The first is that the government in the shape of the UK’s HM Treasury and the new regulator work with the industry on a cohesive tripartite approach in order to focus on MER UK, and maximise oil and gas recovery over the next five to ten years. This is not just something up front – it is an ongoing relationship, which we haven’t had up until now."

The report also recognises that, while competition from international offshore regions has increased, the regulatory function in DECC has halved in size over the last 20 years, and lacks the broader capability and resources to perform the much more demanding stewardship role that is now required.

"MER UK’s second recommendation is that a new arms-length regulatory body with broader skills and capabilities focuses on facilitating, cajoling and catalysing, as well as removing barriers with operators to encourage them to work together to get better value out of new developments, and cooperate more on exploration and even some production areas," explains Wood.

"The report also recommends that the new regulatory body be given additional powers to facilitate the implementation of MER UK with a view to influencing collaboration within the industry.

"Finally, the regulator should work with the industry to develop and implement sector strategies covering exploration, asset stewardship, regional development, infrastructure, technology and decommissioning to underpin the delivery of MER UK."

Diminishing returns: North Sea exploration and the 28th licensing round

The nature of E&P activity on the UKCS has changed markedly over the past two decades. While the number of oil fields has increased from 90 to 300, new discoveries are much smaller. A total of 90% of fields produce fewer than 15,000boepd and the average find is now under 25 million barrels.

Many fields are marginal and interdependent, and competition for aging infrastructure is acute. In short, the UKCS is now a patchwork of interconnected and symbiotic operations.

"Take the West of Shetland as an example; right now it has nine or ten small to medium-sized finds," Wood says. "That will only be successfully exploited if there is cooperation and collaboration in the form of a cluster approach – up to this point, that has not been achieved successfully."

EU law requires that there should be no discrimination between applicants in the award of licences and the UK Government hopes that the latest round will encourage new players to bid for licences in seven defined areas: the Northern North Sea, Central North Sea, Southern North Sea, the Irish Sea and Morecambe Bay, West of the Hebrides, the South West Approaches and the English Channel.

A number of blocks in the deepest waters off the south-west of England are not being offered as part of the round following a Strategic Environmental Assessment completed in 2011.

Licensing rounds generally yield better-quality bids than, say, auctions, in that they do not divert significant sums of money away from exploration work and give a much better expectation that a licence will be awarded to the bid that promises to optimise exploitation of petroleum resources.

The new licensing round may also attract niche operators well-versed in enhanced oil recovery techniques, whose business models are based upon acquiring prospects and leads in blocks that larger operators have deemed unprofitable, a trend seen in the US Gulf of Mexico.

"Recovering more oil and gas resources from the UKCS, and ensuring a fair return to investors for their commercial risk, will attract more players and investment, and will be to the benefit of all parties," Wood says. "Of key importance will be the knowledgeable and better informed regulator, working closely with HM Treasury, providing advice to inform fiscal decisions to meet the new challenges arising from maturity, and the opportunities from frontier areas and new plays."

Joint enterprise: investing in the future of the UKCS

The oil and gas sector remains a fundamental driver of the UK economy, supporting 350,000 jobs, and supplying nearly half of the nation’s primary energy demand as well as billions in tax revenues.

Maximising recovery rates from the UKCS is therefore a priority for the UK Government as it looks to minimise the nation’s reliance on expensive exports, and explores the potential of alternative energy resources such as shale oil and gas ahead of the 14th onshore licensing round later this year.

Wood is confident that his report’s recommendations will be implemented and that industry stakeholders are committed to more collaborative approach to E&P operations in the UK North Sea.

"I am satisfied that the UK Government understands the urgency and will do its best to fast-track," he says. "The secretary of state has made it clear that they are going ahead with the key recommendations of the report. He hopes the new regulatory body will have a chief executive in place by the middle of the year, so as to launch in some form in the autumn.

"We conducted around 70 interviews with the key operators on the UKCS and the report is very much based on their views. We shared elements of it with PILOT members, very senior industry people, in order to get their input and feedback, and it all looks extremely positive.

"That is one of the best reasons to be hopeful because it’s going with the grain. This is what industry wants to happen – it’s a bigger cake and everyone gets a better share."