INEOS’s audacious $1-billion investment in UK shale gas exploration establishes the chemicals giant as a leading player in the nation’s emerging hydraulic fracturing industry. Julian Turner talks to Tom Pickering, operations director for INEOS Upstream, about lessons learned from the US shale boom, engaging with the public over environmental concerns and making friends with ‘the frackers’. 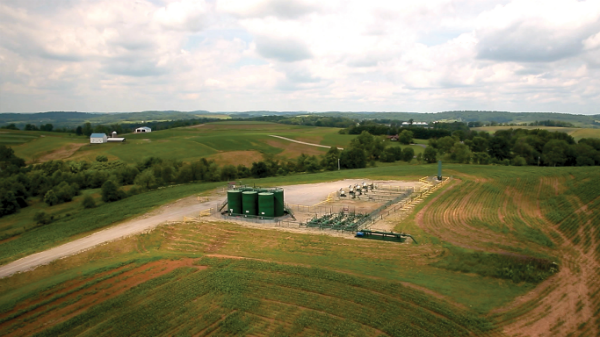 Readers of The Frackers, Gregory Zuckerman’s spirited account of the early days of US shale gas exploration, will instantly recognise the names Kent Bowker, Nick Steinsberger and Dan Steward.

The three men were members of the fabled team at Mitchell Energy who, through a combination of skill, good fortune and sheer tenacity, first used hydraulic fracturing to extract marginal oil and gas from the Barnett Shale in north Texas, thus proving that fracking was viable on a commercial scale.

Thanks in no small part to that historic discovery, the US is now entering an era of abundant energy. The shale boom that began in the late 1990s has done away with the nation’s dependence on fuel imports from the Middle East; a report published by the US Energy Information Administration (EIA) in July shows that gas from shale basins now accounts for 56% of US dry natural gas production.

Having played a pivotal role in one energy revolution, the three men are now bringing their expertise to bear on the next frontier of shale oil and gas exploration. Bowker, Steinsberger and Steward, as special advisers to INEOS, will help the Swiss-based chemicals giant fulfil its mission to become, in the words of chair Jim Ratcliffe, "the biggest player in the UK shale gas industry".

"At present, INEOS is contracted to buy 15 years’ worth of ethane from the Marcellus Play on the Eastern seaboard of the US," explains Tom Pickering, operations director for INEOS Upstream. "We plan to fractionate it, transport it to the Marcus Hook refinery in Philadelphia, and then liquefy it and ship it by boat in a virtual pipeline to our crackers in Rafnes, Norway and Grangemouth in Scotland.

"Two of those ships will start running to Rafnes in the next month. We have invested £450 million in Grangemouth as a feedstock for our business, and expect to be importing there by October 2016.

"However, we are spending billions importing ethane from the US when the indigenous oil and gas reserves beneath our feet mean that the money could remain in Scotland and the rest of the UK."

INEOS Shale’s acquisition drive began in 2014 with a 51% share of the 329km² PEDL 133 section around its Grangemouth power plant, and was followed in August 2015 by three new licence blocks covering 250km² in the East Midlands as part of the UK Government’s 14th licensing round.

The strategy involves spreading the exploration risk by building a diversified portfolio of shale plays across the UK in locations with a proven mining or industrial heritage, as Pickering explains.

In the UK, shale sections run to 3,000–4,000ft in thickness, so while you don’t have the same aerial or surface extent, you do have a vertical range of potential gas-bearing zones.

"Kent Bowker always likes to say that ‘the best place to look for oil and gas is in an oil and gas field’," he quips. "Well, we know that hydrocarbons are present in the Midland Valley in Scotland, which has a long history of oil and gas production, harking back to the chemist James Young and his pioneering work distilling and refining paraffin from coal and oil shales.

"In addition to the Midland Valley, the UK is home to multiple shale plays including the Bowland Shale in Lancashire, the Cleveland reserves in Yorkshire, the Gainsborough and the Welbeck fields running through the East Midlands, the Rosendale in Cheshire, and the Weald down in Sussex.

"INEOS’s particular interest is gas and wet gas, and so leveraging the latest geological data, we based our asset portfolio around the Midland Valley, the Rosendale and the Gainsborough, all of which are close to our existing downstream gas assets. The extensive screening work that we undertook into urbanisation and environmental designation, and the commercial offtake, pointed to these areas having the ability to be brought materially into production – if the shales respond as we hope they will."

And that is the $1-billion question. Depending on your perspective, INEOS’s decision to invest to such a degree in what is still a nascent UK industry is either an emphatic vote of confidence or, as Greenpeace UK characterises it, "giant speculative bets on unproven and risky resources".

INEOS’s ‘bet’ is based on lessons learned from the US, data acquired using 3D seismic technology and the rather more prosaic fact that other companies have already staked their claims to UK gas licences.

"Europa and IGas own interests in conventional gas fields in Yorkshire and and Lincolnshire, and Cuadrilla in Yorkshire – these are really good indicators because we can be confident that the shale is the source rock from which those hydrocarbons have migrated into the porous rock above," says Pickering. "Using 3D seismic imaging, we are able to identify the volume of shale present, the depth of the different layers and the localised faulting, building a detailed 3D model of each basin. A core well is deployed to identify the sections of rock that we want to take samples of, and petroleum chemistry performed on it in order to evaluate exactly what type of oil and gas is present and at what volume.

"That data can then be extrapolated, allowing us to look at key characteristics related to the rock mechanics and make an informed decision as to the potential for stimulation and production. We can then start making analogous comparisons to US shale plays and understanding the similar characteristics. Step by step, you derisk the investment by mapping the hydrology from the surface down, advancing a complete picture on an environmental and petroleum-prospectivity basis.

"Using this data, INEOS can then pick the zone with the best characteristics and gas content, decide if it is safe to deploy a hydraulic frack and attempt to flow commercial volumes to the surface. The characteristics of UK geology, based on 3D seismic data, are quite different from the US," he continues. "The ‘pancake’ geology in the US means rock layers are typically quite thin, perhaps 300-400ft. In the UK, shale sections run to 3,000-4,000ft in thickness, so while you don’t have the same aerial or surface extent, you do have a vertical range of potential gas-bearing zones.

"Undertaking 3D seismic is a critical tool in determining the extent of localised faulting; the structure of these prospective UK shale basins requires better understanding by shooting 3D seismic."

Thanks to its shale oil and gas industry, the US has been able to leverage its newfound position as the world’s biggest producer of natural gas to secure US jobs, energy supplies and economic growth.

Proponents of fracking argue that with similar levels of investment, and a tax and regulatory regime that incentivises shale oil and gas E&P, an energy revolution can also take place in Europe. Pickering concurs, but is quick to point out that the lessons learned from the US boom must be the right ones.

"The markets are very different in a number of ways," he says. "Firstly, the US has a long heritage of conventional offshore oil and gas, and so the onshore-focused supply chain of land rigs and related support services was extremely mature. As the technical breakthroughs documented in The Frackers took place, the capacity to deliver over a million wells on a multi-state basis was far more advanced.

As we try to contextualise shale exploration in the UK we have to be careful to look at the US on a state-by-state basis, each with its own landscape, energy heritage and regulations.

"Secondly, the US is a very different gas market in that, to a large extent, the infrastructure was already in place for gas to be taken from many of the regions. In the early days, operators could facilitate relatively quick commercialisation of shale, and build technical and commercial confidence.

"Finally, as we try to contextualise shale exploration in the UK, we have to be careful to look at the US on a state-by-state basis, each with its own landscape, energy heritage and regulations. In some states – though not all – there was much more affection for oil and the role it played in the US story, and the laws granting shale revenues to landowners also mean there’s a greater incentive to get involved."

With UK shale operators facing vociferous protests from environmental activists, how does INEOS respond to claims that fracking releases more CO2 and methane than conventional natural gas processing, has the potential to pollute water supplies, and can even cause small-scale earthquakes?

"The concerns that people have are completely legitimate and it is incumbent on us as professionals to ensure that we respond in an emotionally intelligent way and win public trust based on science," he states. "Based on the data of a million wells drilled in the US, there is strong evidence that shale gas production is safe, clean and less intrusive than a lot of other alternative energy sources.

"As we move to the UK, we must look at the entire lifecycle, from early appraisal through to full-field production and decommissioning," he says. "We must take those lessons learned from the US and group them in terms of how they relate to civil engineering, site construction, transportation of chemicals and water, subsurface well construction, design and engineering, and integrity testing.

"For example, do we modulise transport equipment and reduce load size to suit smaller UK roads? In the US, certain sites allowed open ground pits during drilling; that won’t be allowed here, so how do we ensure we have barriers in place such as double-bunded fluid tanks and leak-warning systems?"

INEOS will give away 6% of revenues (roughly £2.5 billion) to local homeowners and landowners – a move Friends of the Earth Scotland described as "a transparent attempt to bribe communities".

"We recognise that if there is drilling activity in and around communities, local people should feel the direct benefit of that," Pickering responds. "Pitched against comparable US production, that equates to £250 million to homeowners and £125 million to local communities. It is vital that INEOS communicates that shale gas equals well-paid skilled jobs and wealth creation at a community level.

"We can tell people what has happened in the US – for example, why water pollution may have been related to transporting chemicals rather than fracking or wellbore construction – but there’s still a huge job to do to engage the academic community to gather independent and transparent data. What we must do, and this is the real crux of the matter, is undertake baseline monitoring during and after shale oil and gas exploration: a fundamental element that simply wasn’t done and in the US.

"You start by explaining how important gas is as a feedstock and as a cleaner energy alternative to coal, and that it does have a place in the future energy mix. Only then can we make an informed decision as a nation about whether we want an indigenous competitive natural gas source in the UK, and whether we want to build a service and industrial capacity that can be exported across Europe."