Countries like China and India could save billions of dollars on oil imports by accelerating switch to electric transport, according to a new analysis 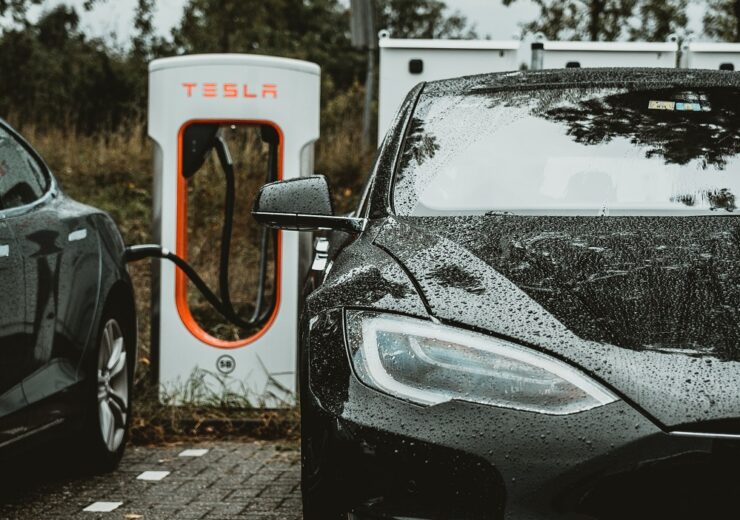 Faster adoption of electric cars in emerging markets could deal a big blow to global oil demand, by helping countries like China and India lower their dependence on imports of the fossil fuel.

According to a new analysis from financial think tank Carbon Tracker, the transition to electric transport in these economies could erase more than 70% of expected global demand growth by 2030 – equivalent to 3.8 million barrels per day (bpd).

Oil markets have suffered huge demand loss this year during the pandemic, and growing policy signals around clean energy are already casting a shadow over future demand trends and a potential recovery.

Emerging markets – comprising India, China, South East Asia and most of Africa – account for more than 80% of expected growth in oil demand this decade, based on an analysis of International Energy Agency (IEA) data.

Half of this will come from China and India alone – but electric vehicles (EVs) are growing in popularity in these regions as costs fall towards competitiveness with traditional combustion-engine vehicles.

For countries like China and India, where 1.5% and 2.6% of GDP is spent on oil imports respectively, the financial incentive of this switch is potentially huge.

Carbon Tracker estimates emerging markets stand to collectively save $250bn annually by 2030, if they choose to pursue mass EV adoption over continued reliance on oil imports to fuel road transport.

These savings, the report argues, would be “more than enough” to pay for the energy infrastructure needed to support electrified transport in these regions.

“This is a simple choice between growing dependency on what has been expensive oil produced by a foreign cartel, or domestic electricity produced by renewable sources whose prices fall over time,” says Kingsmill Bond, Carbon Tracker energy strategist and lead author of the report. “Emerging-market importers will bring the oil era to an end.”

Electrified transport is central to decarbonisation plans as countries around the world pursue emissions reduction.

Earlier this week, the UK government confirmed a ban on the sale of new petrol-engine vehicles from 2030 as it seeks to accelerate the shift to EVs.

While the pace of transition is expected to be slower in some emerging markets where infrastructure is not yet available to support a widespread rollout of EVs, China is the world’s biggest market for the technology and a huge driver of activity in the sector.

A recent pledge by President Xi Jinping to achieve carbon neutrality before 2060 will only accelerate this switch – consultancy Wood Mackenzie estimates the low-carbon transformation of China’s economy could result in 325 million units of new electric-vehicle stock in the country by 2050, compared to four million units today.

Carbon Tracker says EVs accounted for 61% of China’s two-wheeler sales in 2019, and 59% of bus sales. By 2025, its government plans for one in every five cars sold to be electric, and the new net-zero ambition could see all new cars sold in the country be electric by as early as 2035.

“Other countries are poised to follow,” the group adds. “The Indian government plans for EVs to make up 30% of car sales by 2030, but local forecasters believe by that date 30% of cars and 80% of two-wheeler sales could be electric.”

As well as policy efforts to accelerate EV adoption, market forces are playing their part too.

Battery prices have fallen 20% each year since 2010, and are approaching a “key threshold” of $100 per kilowatt hour (KWh), which would enable electric vehicles to compete directly on purchase price with combustion vehicles.

By 2030, battery prices could reach between $50-$60 per KWh, at which point they will outperform conventional vehicles on cost, removing a key barrier to mass adoption.

And as the price of renewables continues to tumble worldwide as key technologies achieve scale, Carbon Tracker estimates the cost of importing oil for the average car is ten times higher than the cost of the solar equipment needed to power an equivalent EV.

All of this adds up to shifting trends in global oil trading, which could potentially deal a major blow to commodity demand after a year in which the coronavirus pandemic has already been hugely disruptive to market fundamentals.

The IEA estimates 2020 oil demand will be almost 9% lower – roughly 8.8 million bpd – than in the previous year, as a result of global lockdowns, travel restrictions and subdued economic activity.

Oil producers and exporters have been scaling back their output in response, in an attempt to rebalance an oversupplied marketplace.

UK oil major BP – which is widening the scope of its services for electric cars as part of a strategic shift away from fossil fuels – recently suggested oil demand may never recover to its pre-pandemic levels as the clean-energy transition gathers pace around the world.

Bond says: “A switch to EVs in emerging markets would see oil importers alone cut growth in global oil demand by over 70%. Factor in the war on plastics hitting petrochemical demand and rising EV penetration in developed markets, it becomes ever more likely that we have seen peak oil demand in 2019.”