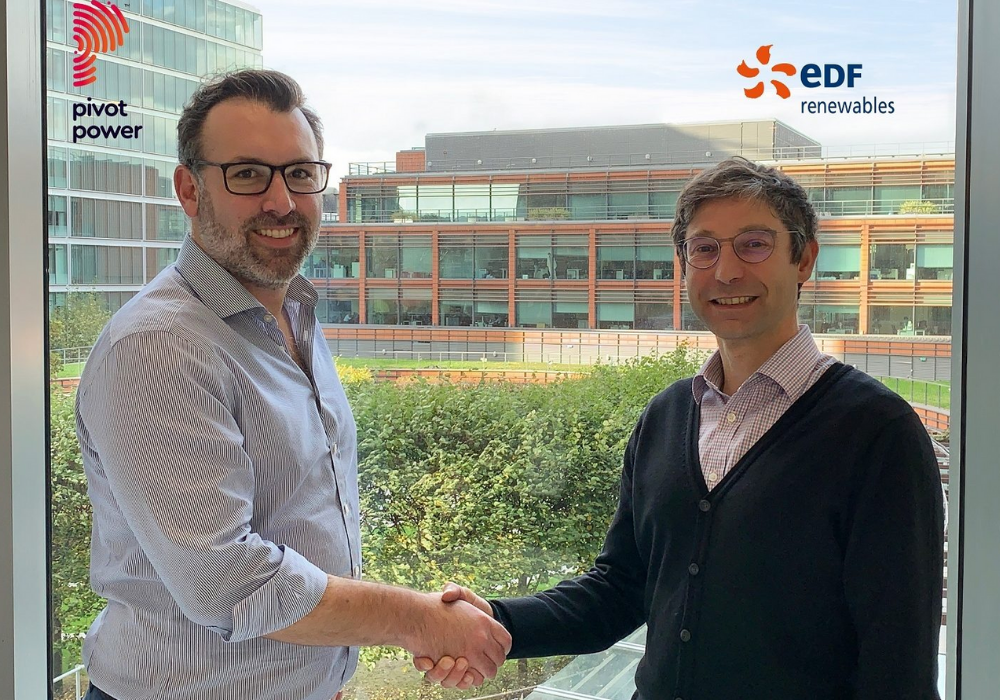 EDF's purchase of Pivot Power will help them to gain a foothold in the UK storage market (credit: EDF)

EDF’s takeover of Pivot Power will strengthen its position in the UK storage market, says an industry expert.

Nirushan Rajasekaram, power analyst at data and analytics company GlobalData, believes the acquisition is part of EDF’s strategy to become a market leader in the charging infrastructure and storage space.

“At present, EDF has around 5GW of operational storage assets and the procurement of Pivot Power will add around 2GW of capacity, which are under various stages of development in the UK, to the company’s portfolio.”

What is Pivot Power?

Pivot Power is a British start-up that specialises in battery storage and infrastructure for electric vehicle charging.

Now a wholly-owned subsidiary of EDF Renewables, it operates in more than 40 locations across the UK.

Speaking after the takeover was announced, Pivot Power co-founder and CEO Matt Allen said: “Pivot Power’s purpose from the start has always been to accelerate the UK’s transition to a cost-effective, reliable, low-carbon energy system and in parallel fast-track the rapid adoption of clean transport.

“EDF Renewables shares our vision and of course brings the expertise, resources and platform to make this a reality.”

Pivot Power is currently looking into the possibility of building a battery capable of exporting 50MW of power.

It hopes to provide support for hundreds of rapid electric vehicle chargers, which could be suitable for large retail sites, logistics centres and bus depots.

The company is also leading one of the largest energy innovation projects in the UK with the Energy SuperHub Oxford.

It involves the installation of the world’s first transmission-connected lithium ion and redox-flow hybrid battery, with the aim of creating a network of 320 ground source heat pumps that will supply social housing. They will be operated by communities and use smart controls.

The £41m ($53m) project, which also involves Oxford City Council, Habitat Energy, Kensa Contracting, redT energy and the University of Oxford, will provide a model for cities around the world to cut carbon and improve air quality.

What the purchase of Pivot Power means for EDF

EDF, which is already the largest low-carbon electricity producer in the UK, has not disclosed the financial terms of the acquisition but said the deal would allow it to become a leader in the fast-growing field of battery storage.

Forecasts by GlobalData predict the battery storage market in the UK will reach $1.4bn in 2023.

Rajasekaram said: “The business case for batteries is continually evolving, with new revenue streams opening up, such as frequency response, balancing mechanism and merchant power when integrated with renewables.

“Of late, large energy suppliers such as EDF are facing significant market pressure from smaller energy utilities, which are expanding their customer base by providing relatively cheaper tariffs.

“Retailing electricity has become highly competitive and this purchase could mean that the company is seeking other profitable avenues for growth.”

With the UK government looking to move towards a lower-carbon economy, this could also have benefits for EDF’s purchase of Pivot Power as Britain is likely to see more EVs on its streets, said Rajasekaram.

The buyout follows a similar acquisition by EDF of US EV technology company PowerFlex Systems in September.

Rajasekaram added: “With these acquisitions, EDF will now have the capacity to offer comprehensive solutions across the distributed energy ecosystem – comprising of solar, storage and EV charging.”