Analysing the development of nuclear power across Southeast Asia

Here Nuclear Engineering International takes a closer look at the nuclear power markets across Southeast Asia, with countries such as Vietnam and the Philippines looking to expand their capacities over the coming decades 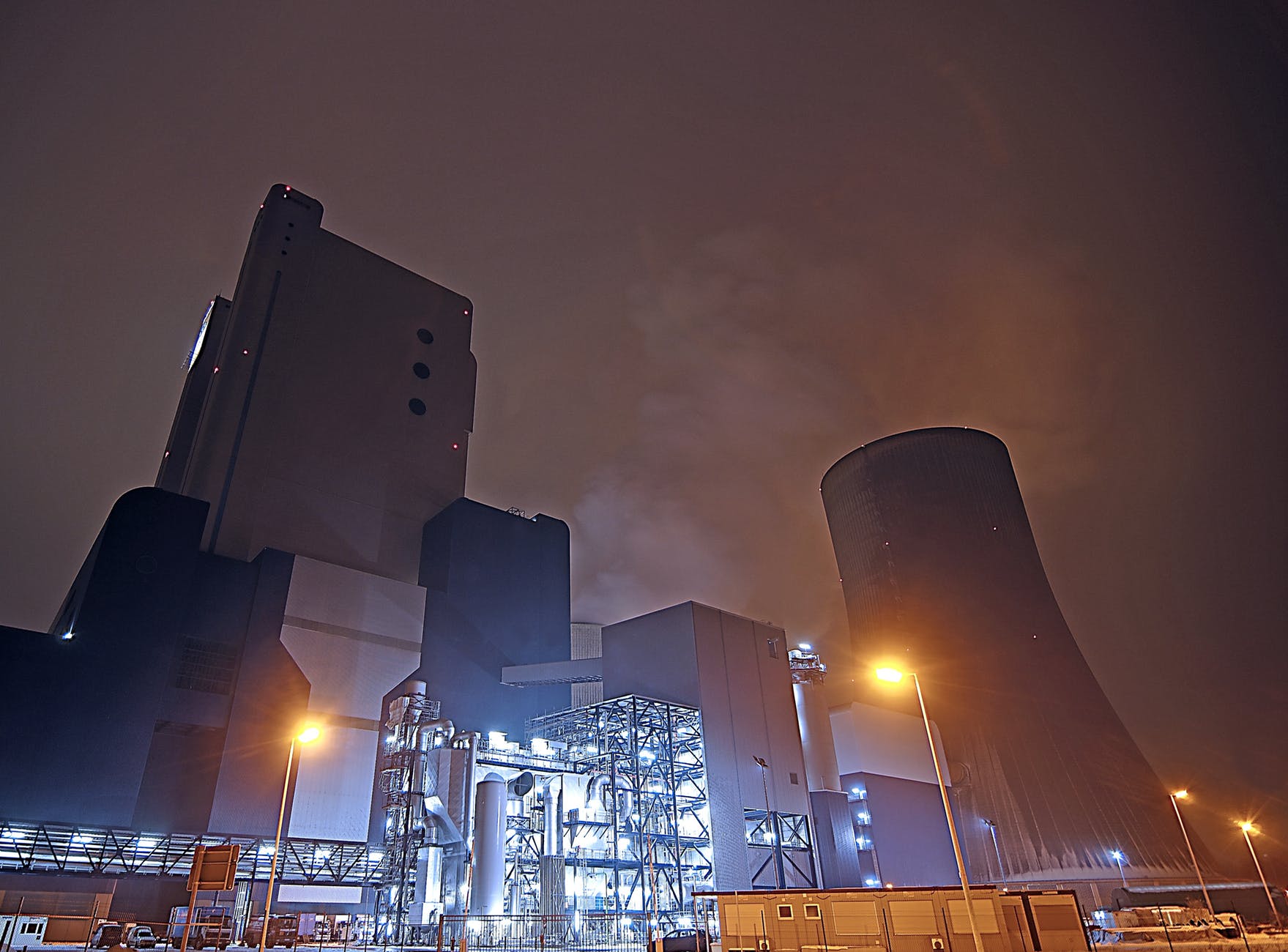 Although there are currently no commercial power plants in Southeast Asia, rapid economic development could be a driver for nuclear power programmes in the region.

The International Energy Agency (IEA) has published its Southeast Asia Energy Outlook, a World Energy Outlook Special Report, every other year since 2013, offering in-depth analyses of the energy demand and supply prospects of the countries that make up the Association of Southeast Asian Nations (ASEAN).

These include Brunei, Cambodia, Indonesia, Laos, Malaysia, Myanmar, the Philippines, Singapore, Thailand and Vietnam, all at different stages of economic development, but all experiencing rapid economic and demographic change.

The most recent report, published in 2017, noted that the region’s economy had grown at an average of 5.2% a year since 2000, and had been experiencing rapid urbanisation and population growth, significantly increasing primary energy demand, which had grown by some 70% since 2000.

In 2017, Southeast Asia accounted for 5% of total global demand but with major differences in energy use patterns across the region, and with Indonesia accounting for over 35% of the region’s total energy demand.

To address environmental concerns and make better use of abundant renewable resources, many countries in the region plan to expand the use of wind and solar power, as well as geothermal in some areas.

Currently there is no nuclear power capacity in the region, although some countries plan to introduce it to meet growing electricity demand and many others are considering it as an option.

An overview of nuclear power in Southeast Asia

Thailand is planning to implement 2GW of nuclear power capacity by 2036 as part of its national power development plan.

Vietnam, meanwhile, also made provisions for its introduction by 2030 but subsequently suspended the plan while both Malaysia and Indonesia recognise nuclear power as an energy option in their national plans, but without a specific target for implementation.

Malaysia, Thailand, Indonesia, Philippines and Vietnam have all undertaken nuclear power capacity-building activities, such as raising public awareness and ensuring safety in co-operation with the International Atomic Energy Agency (IAEA).

Since then, 26 review missions for the different phases of developing a nuclear power programme have been hosted by 19 newcomer countries.

In Southeast Asia, these included Indonesia, Malaysia, the Philippines, Thailand, and Vietnam.

Newcomer countries are encouraged to follow the IAEA’s Milestone Approach, which includes three phases of nuclear development: Consider and decide, prepare and contract, and construct and commission.

Malaysia had plans to deploy nuclear power for commercial use by the early 2020s, but deferred the deadline to the 2030s after the 2011 Fukushima-Daiichi accident in Japan.

Then in September 2018, Prime Minister Mahathir Mohamad said Malaysia no longer planned to develop a nuclear power programme because of the risks involved and the lack of knowledge needed to develop the technology and for the disposal of nuclear waste.

The Philippines was one of the first Southeast Asian countries to embark on a nuclear power programme with the creation of the Philippine Atomic Energy Commission (PAEC) in 1958.

In 1973, President Ferdinand Marcos announced the decision to build a nuclear power plant (NPP) in response to that year’s oil crisis, which had impacted his country’s economy.

Construction of the Bataan NPP (BNPP), a 621MW pressurised water reactor (PWR), began in 1976 but was suspended after the 1979 Three Mile Island accident in the US.

A subsequent safety inquiry found more than 4,000 defects including its siting near a major geological fault line and close to the Mount Pinatubo volcano.

Following the overthrow of the Marcos regime in 1986, and the Chernobyl accident the same year, President Corazon Aquino decided not to operate the plant, which has remained mothballed ever since.

In 2008, a team of IAEA experts was invited by the Philippines government to advise on the recommended steps to follow and matters to be considered in rehabilitating BNPP.

IAEA said BNPP’s status must be thoroughly evaluated by technical inspections and economic evaluations conducted by experts with experience in preservation management.

The mission also advised on the general requirements for starting a nuclear power programme, stressing the importance of proper infrastructure, safety standards, and knowledge.

The following year, after the government reimbursed Napocor for the $96m it had spent maintaining the plant, it was announced that BNPP would be turned into a tourist attraction.

Discussion continues, however, on its possible rehabilitation, despite strong public opposition.

President Rodrigo Duterte in 2016 ordered a study on the possibility of reopening the plant, and a year later discussions on possible rehabilitation of the plant were held with both Korea Hydro & Nuclear Power Co and Russian state nuclear corporation Rosatom.

Representatives of Rosatom and Slovenia’s GEN Energija visited to assess the plant and   estimated rehabilitation costs at $3-4bn.

They proposed steps for securing the necessary financing, drafting of relevant regulations and for training of technical personnel, in addition to recommending that the government should consider the construction of new NPPs.

An IAEA Integrated Nuclear Infrastructure Review (INIR) team visited the Philippines in December 2018 to review the status of nuclear infrastructure development using the Phase 1 criteria of the IAEA’s Milestones Approach.

The team was hosted by the Philippines’ Nuclear Energy Programme Implementing Organisation (NEPIO), which was established by PDOE in 2016.

Its leader Milko Kovachev, head of the IAEA’s Nuclear Infrastructure Development Section, said: “It is evident that the Philippines is following a systematic approach to finalise its nuclear power strategy and complete the associated infrastructure development.”

The team noted that the NEPIO had completed several studies and that draft legislation addressing nuclear safety, security, and safeguards and establishing an independent regulatory body was being considered in the Congress.

In preparation for the visit, the Philippines submitted a self-evaluation report covering all infrastructure issues as well as supporting documents to the IAEA.

He confirmed the government’s commitment to implementing the team’s recommendations in considering the development of a nuclear power programme.

Cusi said: “The results from the INIR mission will help us focus our efforts on the identified gaps, accelerate the legislative process and prepare the national decision.

“It is high time we put the framework in place to bring nuclear power into the energy mix — we should learn the lessons from the past and catch up with the missed opportunities.”

In January, the Philippines’ Congress approved the Comprehensive Nuclear Regulation Act calling for a comprehensive regulatory framework to be established with a view to using nuclear energy for energy production, health and medicine, scientific research, education and agriculture.

The legislation provides for the creation of an independent central nuclear regulatory body which will have authority over all aspects of safety, security, and safeguards for the nuclear sector.

However, the 2017 National Energy General Plan to 2050 excludes major nuclear capacity in favour of increases in oil, gas and renewables and a focus on small-scale nuclear plants.

The basic engineering design was completed in 2017 and is awaiting approval from Nuclear Energy Regulatory Agency (Bapeten).

Batan also considered conventional large light-water reactors for the islands of Bali, Java, Madura and Sumatra from 2027 and plans to deploy small HTGRs (up to 100MWe) on Kalimantan, Sulawesi and other islands to supply industrial power and heat.

Martingale signed an agreement in 2015 with ThorCon to jointly develop the reactor with Indonesia.

The consortium, which uses uranium and thorium fuel dissolved in molten salt, has also held its own discussions with Batan.

It is a scale-up of the team which designed the molten salt reactor experiment (MSRE) at the US Oak Ridge National Laboratory, which would act as the reference plant.

Thailand, whose nuclear programme began in 1961, has only one multi-purpose nuclear research reactor, although the country now has several NPPs planned.

It considered building a 600MW facility in 1966, but postponed the project after the discovery of natural gas.

The 2007 Power Development Plan reconsidered nuclear power, and includes plans to construct 5,000MW of nuclear power capacity by 2020, though this was pushed back to 2023 following Fukushima.

Following this progress, China and Thailand signed a nuclear co-operation agreement in 2017.

Vietnam’s parliament in 2016 voted to cancel advanced plans to build NPPs under contracts with Russia and Japan awarded at a total cost of around $8.9bn.

The country’s nuclear development began in 1954 after acquiring a US research reactor, which was subsequently dismantled by the US during the Vietnam War.

The Vietnam Atomic Energy Commission was formed in 1976 and in 1995 a study concluded that nuclear power should be introduced by 2015.

An Atomic Energy Law was then adopted in 2008 and in 2009, parliament approved plans to build four reactors, two each at two plants in the central province of Ninh Thuan with a total capacity of 4,000MW.

Agreements were signed with Russia and Japan for eight reactors at the two Ninh Thuan plants, with one reactor coming online each year from 2020‒27, followed by two more in 2029.

Electricity of Vietnam (EVN) would have been the company responsible for building and operating the NPPs, however, by 2015, the start-up date for the first reactor had been pushed back to 2028 and the plans were cancelled the next year, after costs had doubled and amid safety concerns in the wake of Fukushima.

By this time Vietnam had a developed nuclear administration and research base mostly under the Ministry of Science & Technology (MOST) including Vietnam Agency for Radiation and Nuclear Safety & Control.

The Vietnam Atomic Energy Institute (Vinatom) is responsible for R&D, technical support, personnel training and technical services, including the 500KW Da Lat research built in 1980, commissioned 1984, which was converted to use LEU fuel in 2007.

Rosatom is now working to establish a Centre for Nuclear Energy Science & Technology under Vinatom under a 2017 agreement, which will include a new research reactor.

The IEA’s projections, based on its New Policies Scenario, take into account existing policies and measures as well as announced policy intentions in the ASEAN countries.

The IEA said the region’s installed nuclear capacity under this scenario could be 1% by 2040 if Thailand goes ahead with new-build plans.

Yet, NPP construction involves massive investment and is unlikely to proceed without significant support from potential supplier countries.

The development of small modular reactors could change the dynamic in this respect and Indonesia is already investigating this technology.

Both Russia and China have indicated a willingness to provide support for nuclear development, but as yet caution prevails in these countries, despite their well-established nuclear research facilities.

However, regular IAEA missions to support infrastructure development would seem to indicate a continued and growing interest.