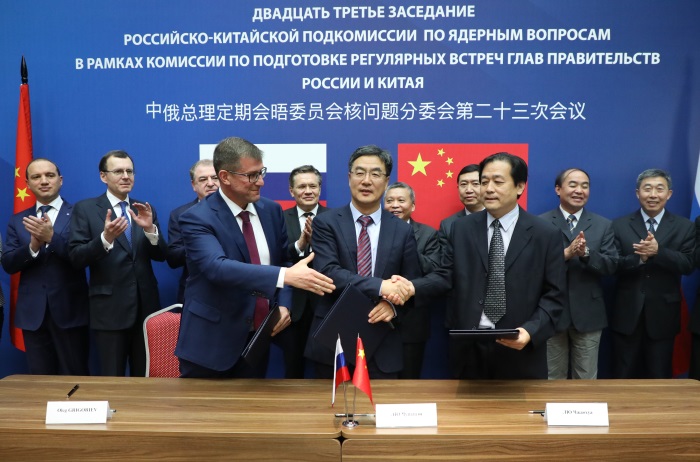 TVEL, the nuclear fuel manufacturing company of Russian state nuclear corporation Rosatom, has been awarded a contract to supply nuclear fuel to the future power units 7 and 8 of the Tianwan nuclear power plant (NPP) in China.

The customers are Suneng Nuclear Power Corporation and China Nuclear Energy Industry Corporation which are the subsidiaries of China National Nuclear Corporation (CNNC).

Under the contract, TVEL will be responsible for supplying fuel for the first core as well as for further refueling of the two nuclear units at the power plant located Tianwan, in Lianyungang City, about 250km north of Shanghai.

TVEL commerce and international business senior vice president Oleg Grigoriyev said: “Since the first unit commissioning at Tianwan NPP in 2006, TVEL has been not just supplying nuclear fuel to the customer, but also providing a comprehensive support introducing the best Russian practices.

“In particular, our engineers provided for switching the VVER-1000 units to the new generation TVS-2M fuel. We also helped to launch Russian-design nuclear fuel fabrication at Yibin plant.

“The start of VVER-1200 fuel supplies to China marks a new milestone in the history of our relationship that has good prospects for further development and on a mutually beneficial basis.’

The Tianwan nuclear project is being developed in phases with the first phase involved construction and commissioning of the units 1 and 2, under a 1992 cooperation agreement between China and Russia.

The second phase of the Tianwan project involved the construction of units 3 and 4, comprising two AES-91 VVER-1000 units designed by Gidropress and supplied by Rosatom.

Unit 3 commenced production in February 2018 followed by unit 4 in December 2018.

The Tianwan phase three involves calls for the construction of units 5 and 6 – both featuring Chinese-designed 1080MWe ACPR1000 reactors.

CNNC plans to commission the two units by the end of 2021.

Being developed under phase four of the Tianwan nuclear project, the units 7 and 8 are planned to be commissioned in 2026 and 2027, respectively.