China has vowed to become carbon neutral before 2060, but as the world's biggest emitter it will need to embrace clean energy on a massive scale to realise that ambition 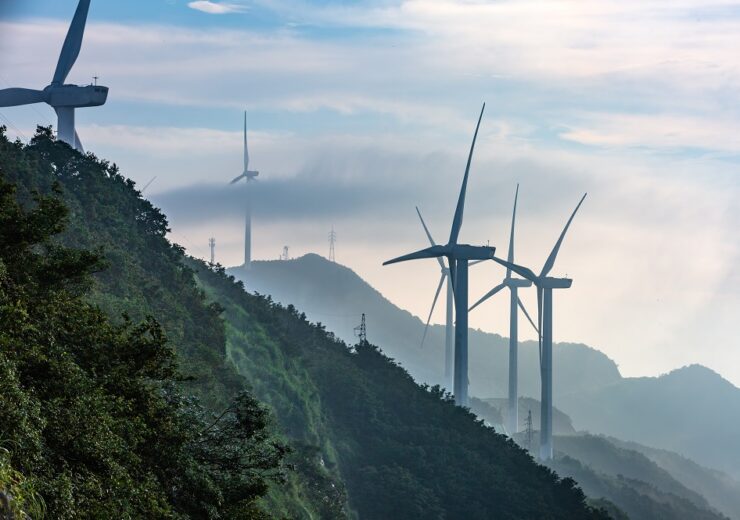 A pledge from China to reach net-zero carbon emissions before 2060 has been warmly welcomed, despite the absence of any substantial detail on the clean-energy pathways that will help it achieve such a goal.

Many have identified the country’s upcoming five-year economic plan – spanning 2021-2025, and due to be revealed next spring – as the policy signal that will set in motion this massive transition from being the world’s largest emitter to a carbon-neutral economy over the next four decades.

It is potentially “the biggest climate undertaking ever made by any country”, according to International Energy Agency (IEA) analysts Laszlo Varro and An Fengquan – chief economist and senior advisor, respectively.

“It would require a lasting, nationwide transformation of the entire economy over the next 40 years – a structural change comparable in ambition to the reforms that extensively overhauled the country’s economy starting in the late 1970s,” they add.

The size of the task is indeed enormous. China’s greenhouse gas emissions were estimated at close to 14 billion tonnes of carbon dioxide equivalent in 2019, and a continued reliance on coal-fired electricity generation means huge structural changes to its energy system are needed to decarbonise within this timeframe.

President Xi Jinping promised to adopt “more vigorous policies and measures” as China seeks to scale up its nationally determined contributions under the Paris Agreement over the coming years, with an aim of peaking CO2 emissions before 2030.

Exactly what these initiatives will look like remains to be seen, but the cost of transition is sure to be high.

Research group Wood Mackenzie estimates an eye-watering five-trillion-dollar investment will be needed for the additional power-generation capacity to accommodate the necessary growth in electrification by 2050.

So ending the reliance on this carbon-heavy fossil fuel, which accounts for around two-thirds of national electricity generation, and replacing it with clean-energy sources is a clear priority as the country targets deep decarbonisation.

Yet, such is the scale of the Chinese economy that it is already home to the world’s largest installed capacity of renewable energy – around 790 gigawatts (GW), according to the International Renewable Energy Agency (IRENA).

WoodMackenzie suggests China will need to roughly halve the size of its coal fleet – which currently has around 1,100 GW of capacity – by 2050, while increasing its solar, wind and storage capacities 11-fold over the same period to 5,040 GW. Other estimates suggest a 16-fold increase in solar and a nine-fold increase in wind over the next 40 years.

A report from Draworld Environment Research Center and the Centre for Research on Energy and Clean Air recommends a ban on new coal-fired plants, despite many projects currently sitting in the pipeline, as well as a capacity reduction to 680 GW by 2030.

At the same time, the research suggests wind and solar needs to grow at double the rate it has averaged over the past decade in order to set the country on the right path towards a decarbonised power system.

“There is no leeway to construct new long-lived fossil-fuel infrastructure such as coal power, which would need premature retirement to meet China’s vision to achieve net-zero emissions,” the report states.

While coal and other fossil fuels will no doubt play a diminished role in a decarbonised China, carbon capture and storage (CCS) technology is expected to be crucial in reducing hard-to-abate industrial emissions, as well as those produced by any remaining coal or gas plants.

Steel, cement and other manufacturing are large and important parts of the Chinse economy, but are also carbon intensive. CCS, while still a nascent and expensive technology in terms of industrial-scale implementation, is considered to best way to decarbonise these sectors.

“It is crucial that China masters the use of CCS and forest sinks to offset the remaining emissions,” says WoodMackenzie’s Asia Pacific head of markets and transitions, Prakash Sharma. “Without it, China’s pledge to become carbon neutral is nearly impossible.”

The IEA’s Varro and Fengquan say CCS technology is a “good fit” for China, and one that plays to its core strengths.

“CCUS retrofits are chemical engineering projects, well suited for the skills of Chinese industry,” they add. “A CO2 pipeline system will have to be built, and depleted oil and gas reservoirs will need to be converted into storage facilities. Both those tasks fit naturally with the activities of the Chinese oil majors.

“Due to geographical and geological reasons, a lot of the investment would be in Northeast China, a region facing economic challenges that would benefit from greater capital inflows.”

If China’s coal fleet is to be reduced in line with its decarbonisation targets, alternative sources of low-carbon baseload power will be necessary to maintain energy stability during the transition.

Nuclear power could play a key role here. According to the World Nuclear Association, the country has just under 50 active nuclear reactors, with a combined capacity of more than 46 gigawatts (GW) – with 15 more reactors under construction, totalling around 15GW.

The power source accounted for just under 5% of Chinese electricity production in 2019, but as one of the world’s leading builders of new nuclear capacity, there is opportunity for the country to expand this role.

One potential scenario, put forward by energy modeller Jiang Kejun at China’s Energy Research Institute of the National Development and Reform Commission (NDRC), suggests nuclear power could account for as much as 28% of the country’s electricity production by 2050 – more than any other source.

This would require a five-fold capacity increase compared to today’s levels, according to a report in the journal Nature.

The appetite for such a large expansion of the nuclear fleet remains to be seen. Nuclear plants are expensive and time-consuming to build, and safety concerns persist in the public consciousness.

Electric vehicles (EVs) will be key to reducing the consumption of carbon heavy fuels like diesel and petroleum.

China is already the world’s biggest market for EVs, and it dominates the global supply chain for producing the rechargeable batteries that power this emerging transport sector.

Nevertheless, its electric-vehicle fleet will need to be substantially scaled up if it is to cut down on transport-sector emissions.

A recent analysis from Carbon Tracker suggests the country could save $80bn annually on reduced oil imports by 2030 if combustion-engine vehicles are phased out at pace over the coming years and replaced with low-carbon vehicles.

Wood Mackenzie estimates the green transformation of China’s economy could result in 325 million units of new electric-vehicle stock in the country by 2050, compared to four million units today.

But it is not simply a task of producing and selling more EVs. IEA analysts Varro and Fengquan say: “Electric vehicle charging stations will have to be rolled out, integrated digitally and connected to a reinforced distribution grid.

“The Chinese high-speed train network replaces much more oil than all the electric cars in the world combined. But transport demand within the country has grown so rapidly that even the massive new rail network has only served so far to slow down the growth of the domestic aviation industry.”

Hydrogen is emerging as a viable alternative energy carrier to fuels like oil and gas, and is likely to feature heavily in any deep-decarbonisation agenda.

Whether “green” hydrogen produced using renewables or “blue” hydrogen made using natural gas in conjunction with CCS, advancing this technology to commercial scale could be crucial to the clean-energy transition in China.

“Hydrogen offers an opportunity to indirectly extend electricity’s reach, and it can be produced by increasingly abundant renewables, including in Western China,” say Varro and Fengquan. “[It] can power trucks, replace coal in steel mills, and serve as a building block for some primary chemicals.

“China already has important research and development programmes and pilot projects in these fields, which should continue and accelerate. There is a need for China to develop a national hydrogen strategy to guide the sustainable development of the burgeoning hydrogen industry.”

Wood Mackenzie suggests hydrogen production in the country could grow five-fold to approximately 150 million tonnes by 2050, equally distributed between green and blue varieties.