Mining companies in Canada are as plentiful as the nation's natural resources with almost 75% headquartered in this vast country. 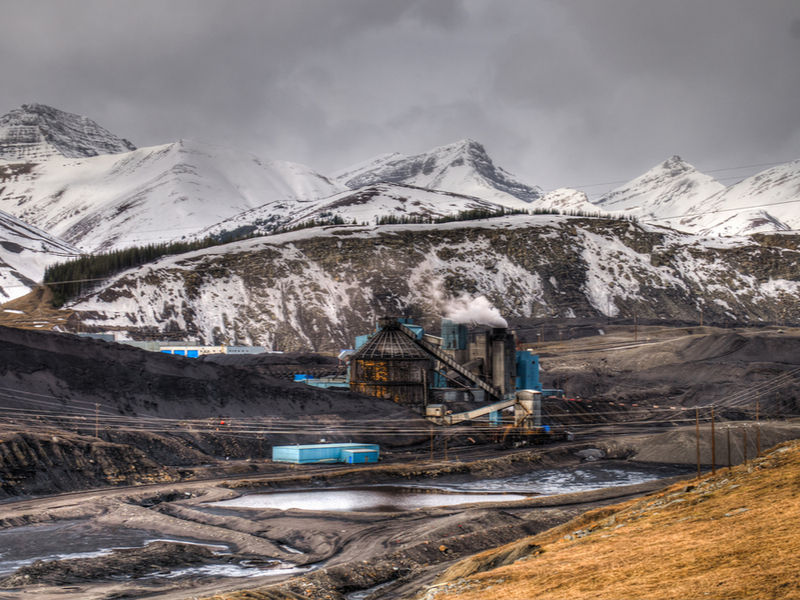 Coal mine in the mountains, Alberta Canada (Credit: BGSmith/Shutterstock)

Some of the top mining companies in Canada are also among the largest in the world, helping the nation take its place as one of the elite within the industry.

This vast country is the world’s largest producer of potash, while also ranking second in uranium production and third for platinum, nickel, aluminium and cobalt, according to Statista.

Figures from the country’s Department of Natural Resource show its minerals and metals industry contributed $87bn (3%; directly or indirectly) to Canada’s GDP in 2016.

An enormous amount of foreign investment in the form of $7.9bn from 1,525 companies flows into Canada’s mines

Here is NS Energy’s list of the top five mining companies of Canada:

Bolstered by its $5.4 bn acquisition of Randgold Resources in 2018, Toronto-based Barrick Gold heads this list of Canada’s largest mining companies.

This JV is regarded as one of the planet’s largest gold producing complexes and contains three of the Top 10 Tier One gold assets.

Barrick brandishes a huge market capitalisation of $57.29bn, as per Bloomberg.

Second on this list is Canada’s largest diversified mining company, the Vancouver-based Teck Resources. Founded in 1906, the 10,000-strong company, with annual revenue of $11.9bn in 2019, advanced two spots to rank 14 on PwC’s 2019 list of the Top 40 global mining companies.

Teck is a natural resources company engaged in mining and mineral development in Canada, the USA, Peru and Chile. Its business units include copper, zinc, energy and steelmaking coal (the largest producer in North America).

Teck is the world’s second-largest in terms of exporting seaborne steelmaking coal. Apart from this, Teck Resources also mines speciality minerals such as Indium and germanium.

The company shows a market capitalisation of $8.15bn at the Toronto stock exchange, according to Bloomberg.

Founded in 1957, Toronto-based Agnico Eagle Mines is primarily a gold producer, which conducts mining operations in northwestern Quebec and Nunavut (Canada), northern Mexico and Finland, along with exploration activities in Sweden, Latin America and the US.

Agnico’s gold production in 2018 amounted to about 1.63 million troy ounces, exceeding its targets for the seventh successive year. The mining company’s success is apparent in its ability to consistently pay out an annual dividend since 1983. It also wields a market capitalisation of $18.93bn at the Toronto stock exchange, as revealed by Bloomberg.

Established in 1983 as Xenium Resources, the name underwent two changes (Zeal Capital in 1989 and First Quantum Ventures in 1993) before becoming First Quantum Minerals in 1996.

First Quantum’s mining operations include sites in countries such as Zambia, Democratic Republic of Congo, Turkey, Spain, Finland, Australia and within Latin America.

Bloomberg sets the company’s 2019 market capitalisation at about $6.79bn at the Toronto stock exchange. It generated an annual revenue of $4.07bn in 2019.

Founded in 1988 as Goldpac Investments and later operating as Brimstone Gold between 1994 and 1999, Kirkland Lake Gold is ranked 33 on PwC’s Top 40 mining companies list of 2019 — its first appearance on the influential list.

This small, yet growing, Toronto-based gold miner operates in Canada and Australia with 2,000 employees. It has recorded an increase of 34.7% in production from the previous year. Kirkland Lake Gold produced 974,615 troy ounces of gold and showed annual revenue amounting to $1.38bn, in 2019.

Kirkland Lake boasts a market capitalisation of around $14bn at the Toronto stock exchange, as per Reuters and Bloomberg.