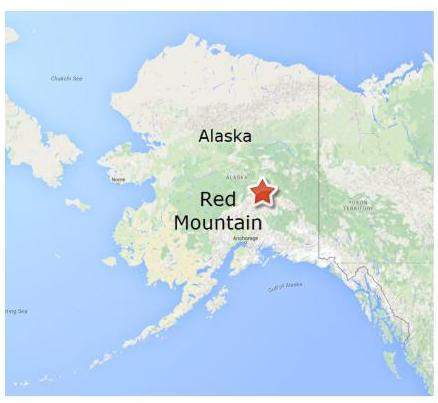 Located in Red Mountain in central Alaska, the high-grade zinc polymetallic volcanogenic massive sulphide (VMS) Red Mountain Project is made up of 230 mining claims spread across a total area of 143km2.

According to the miner, the Hunter mineralization remains open at depth with drill testing yet to be taken up along strike to either the east or west.

It revealed that massive sulphide intersections at both the drill holes contain rich visual zinc (sphalerite) with minor chalcopyrite (copper) mineralization, similar to the discovery outcrop.

High grade zinc has been confirmed through the rock chip assay results from the Hunter discovery outcrop in the massive sulphide horizon with up to 18.6% Zn, 5.4% Pb, 2.3% Cu, 147g/t Ag & 0.7g/t Au, said White Rock Minerals.

“What is exciting is that our on-ground recon crew has to date covered just 20% of our strategic tenement package of 143 square kilometres and already identified some seven areas of interest. That leaves a lot of upside for further discoveries.”

White Rock Minerals said that the Red Mountain Project hosts polymetallic VMS mineralization that is abundant in zinc, silver and lead, with potential for significant presence of gold and copper.

Past exploration activities at the VMS project had yielded the discovery of two deposits, namely Dry Creek and West Tundra Flats.