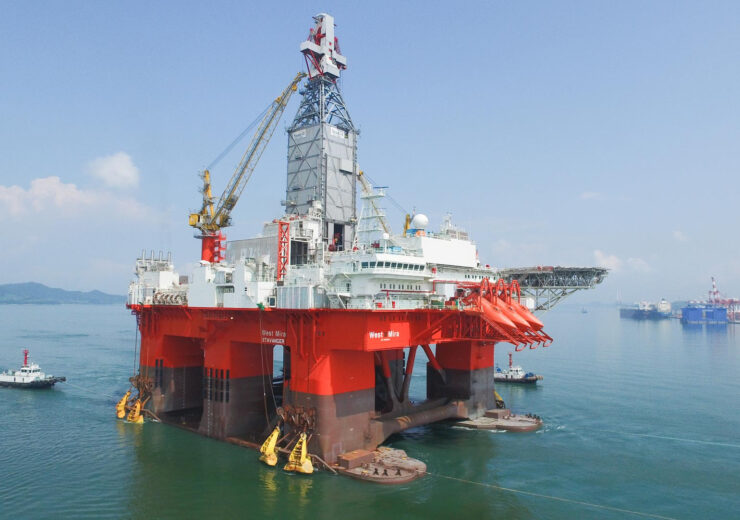 German gas and oil producer Wintershall Dea has commenced drilling the first of the total six development wells on its Nova field development project in the Norwegian North Sea.

The Nova field, which is located nearly 17km southwest of the Gjøa platform in the Norwegian North Sea, is operated by Wintershall Dea with a 45% stake.

The Nova field is being developed as a subsea tie-back connecting two templates to the existing Neptune Energy’s Gjøa platform.

Wintershall Dea said that most of the subsea work on the Nova field has already been completed along with the installation of a dedicated module on the Gjøa platform.

The commencement of drilling work on the Nova field represents the start of the final major packet of work in the field development.

For the Nova drilling , the company is using the Seadrill-operated West Mira rig, which is equipped with an energy-saving hybrid battery power plant.

Over a period of about 400 days, the rig will drill three production wells through one of two subsea templates, and three water injection wells, through the second.

Wintershall Dea Nova project director André Hesse said: “Despite developing this field at a time of almost unprecedented challenges from the Covid-19 outbreak, all involved have worked tirelessly as One Team to safely deliver the Nova milestones according to plan. Getting the rig into place marks the start of the last phase for the Nova project.”

Recently, the company secured consent from the Norwegian Petroleum Directorate (NPD) to start-up the Dvalin field in the Norwegian Sea.