The floating regasification unit (FRU) LNG terminal is planned to be built 2.5km off the Skulte port, Latvia, with a 34km pipeline connection to Inčukalns underground gas storage 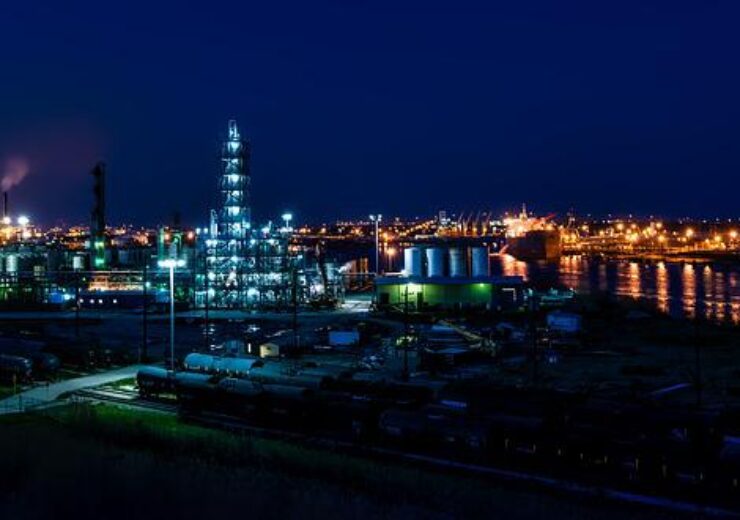 Latvian energy company and fuel trader Virši has agreed to acquire a 20% stake in AS Skulte LNG Terminal, the entity that develops a low-cost LNG import terminal at the port of Skulte.

The project company is building an LNG terminal with floating regasification unit (FRU), 2.5km off the Skulte port with a direct pipeline connection to Inčukalns underground gas storage facility.

Through the acquisition of stake in AS Skulte LNG Terminal, Virši aims to participate in the development of LNG terminal project offshore Latvian port.

The project will increase the Latvia and the Baltic region’s energy independence and will contribute to the diversification of natural gas supply, said the company.

AS VIRŠI-A CEO and board chairman Jānis Vība said: “The LNG terminal is a matter of Latvia’s energy independence, and Virši, as a locally owned energy company, wants to contribute to the diversification of the country’s energy supply routes.

“Participation of Virši in the development of the Skulte project is a well-considered step towards achieving the strategic goal of also becoming an energy company.

“We are confident that the consumers and businesses of Latvia will benefit from the successful implementation of this project.”

According to Virši, the LNG terminal project has geographical, economic and technological advantages.

The project requires only 34km of direct pipeline connection to the Inčukalns facility and eliminates the need for investment in LNG storage infrastructure.

The LNG terminal, in combination with Inčukalns facility, will not only address Latvian consumption, but also creates competitive natural gas supplies for the wider region, including the Baltic States, Finland and Poland, said Virši.

AS Skulte LNG Terminal general manager Renārs Miķelsons said: “It is a strong confirmation of the Skulte terminal’s position on the region’s energy map, allowing us to offer natural gas at attractive prices to consumers and businesses.

“The experience, capacity and capability of Virši as a local partner will contribute to a faster implementation of the terminal project.

“AS Skulte LNG Terminal is also continuing negotiations with a pre-selected group of foreign industrial investors on the implementation of the project on the most favorable terms for the Latvian and regional market.”