The £56.6m hybrid energy park will feature solar panels, wind turbines and batteries and is being built at Haringvliet in the Netherlands 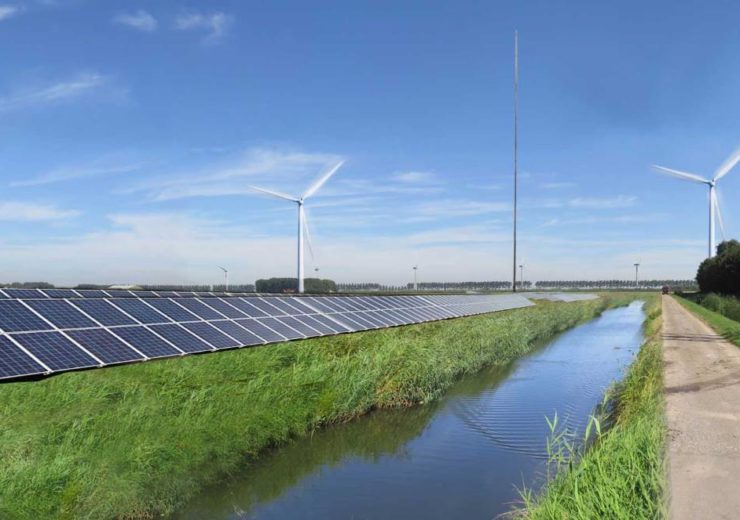 The new hybrid energy park, which will feature solar panels, wind turbines and batteries, is being built at Haringvliet in the Netherlands with an investment of EUR61m (£56.6m).

Hybrid energy park to be operational in September 2020

Scheduled to be commissioned in September 2020, the hybrid energy park will have capacity enough to deliver renewable energy to 40,000 Dutch households.

Vattenfall business area wind senior vice president and head Gunnar Groebler said: “Vattenfall wants to enable fossil-free living within one generation and hybrid power plants are an important building block for us in the direction of 100% fossil-free power generation.

“The complementary wind and solar generation profiles reduce the load on the grid compared to a single generation technology. Hybrid systems provide less pronounced peaks and we see fewer total times without production.

“This leads to a more efficient use of the network infrastructure. In addition, the costs for grid connection are significantly reduced compared to stand-alone systems. This will reduce the cost of renewable electricity and ultimately benefit customers.”

The first phase of the hybrid energy project involves installing a total of six wind turbines with a combined output of 22MW in the north of Goeree-Overflakkee island between Middelharnis and Stad aan ‘t Haringvliet.

Work will be followed by the installation of a solar farm consisting of 124,000 solar panels with a total of 38MW.

In the next phase, the BM-built batteries with a capacity of 12MWh will then be installed in 12 shipping containers on the solar farm.

The technology developed by Swedish company SaltX, is based on nano-coated salt and is claimed that this ‘salt battery’ can be charged several thousand times and the energy can be stored for weeks or months at a time, without losses.