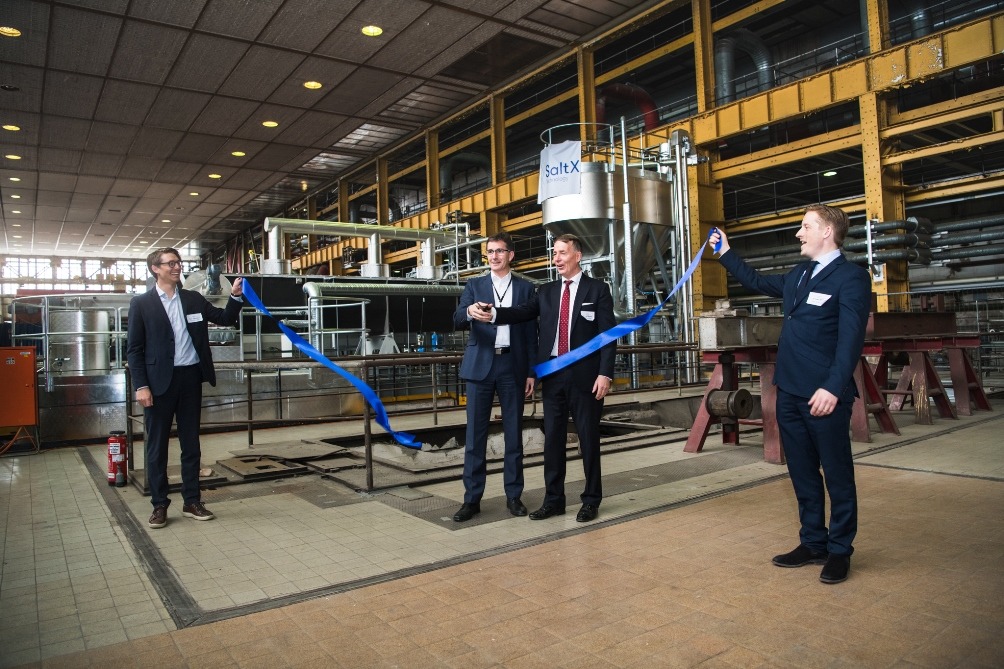 Image: Vattenfall and SaltX officials at the launch of the pilot project. Photo: Courtesy of SaltX Technology Holding AB.

At this plant, Vattenfall will test how renewable energy generated from wind and solar can be stored in salt. The pilot project in Berlin will have storage capacity of 10MWh and it was commissioned by the energy company. As per the company, the pilot project is begin conducted on an industrial scale.

The technology developed by Swedish company SaltX, is based on nano-coated salt and is claimed that this ‘salt battery’ can be charged several thousand times and the energy can be stored for weeks or months at a time, without losses.

Vattenfall Wärme Berlin project head Markus Witt said: “In the next few months, we will collect important data to get answers to the question of whether and how this type of plant can be used in our business. Some questions are how large amounts of salt can be used, how quickly the storage medium reacts and how the process can be controlled.”

The project will be conducted at the Berlin plant until the end of this summer. After the period, the test data will be evaluated and the results are expected to be published at the end of this year.

SaltX Technology CEO Harald Bauer said: “The energy sector is changing quickly, and we globally see an enormous need for energy storage. Germany is a country at the forefront of this development and we are proud to have Vattenfall as a partner. We are eager to launch our energy storage solution commercially as quickly as possible.”

Other partners in the project include ETIA, Energiforsk, Öresundskraft and Göteborgs energy which take part through fundings.

As per Vattenfall, the project is part of a long-term rebuilding of the Reuter power plant. In 2019, the company will also start operating a power-to-heat facility at the facility. The storage project will be based on hot water.

In 2020, the Reuter C coal power plant is expected to be taken out of service and is part of Vattenfall’s plan to completely phase out coal as fuel from its heating operations in Berlin by 2030.