Finnish company Valmet has secured an order for the supply of an automation and safety system to the new gas compression station of the Balticconnector pipeline project in Inkoo, Finland. 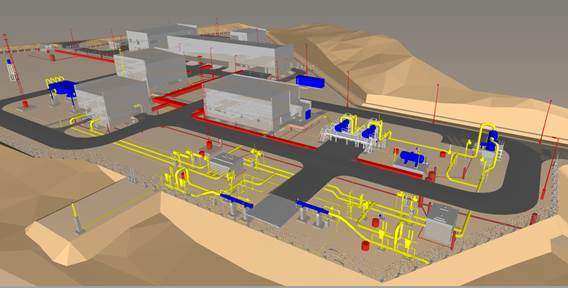 Image: The new gas compression station of the Balticconnector pipeline in Inkoo, Finland, will be operated with Valmet's automation and safety system. Photo courtesy of Valmet.

The automation and safety system for the offshore pipeline, which will connect the gas networks in Finland and Estonia, will be started in June 2019.

The Balticconnector project involves the construction of an offshore pipeline between Inkoo in Finland and Paldiski in Estonia under the Baltic Sea.

The project also includes the construction of onshore pipelines to connect the Balticconnector pipeline with each of the countries’ own gas transmission networks. New compression stations will also be constructed in both countries.

While 21km of the new pipeline will be in Finland, 77km will be under the sea and 55km in Estonia.

The bidirectional pipeline will have a transmission capacity of 7.2 million m³ per day.

Baltic Connector, owned by the state of Finland, has been established to implement the Finnish part of the Balticconnector gas pipeline project between Finland and Estonia.

The pipeline will connect the gas networks in Finland and the Baltic countries, enabling the opening of gas markets in Finland.

The EU will finance 75% of the Balticconnector gas pipeline project, which is scheduled to be completed in 2020.

Baltic Connector is the company in charge of implementing the gas pipeline.

Baltic Connector project director Tom Främling said: “In Finland, we have many years of experience from Valmet systems at remote-controlled compression stations, and Valmet will ensure good system upkeep and the potential for further development for users in a new and upcoming business environment.”