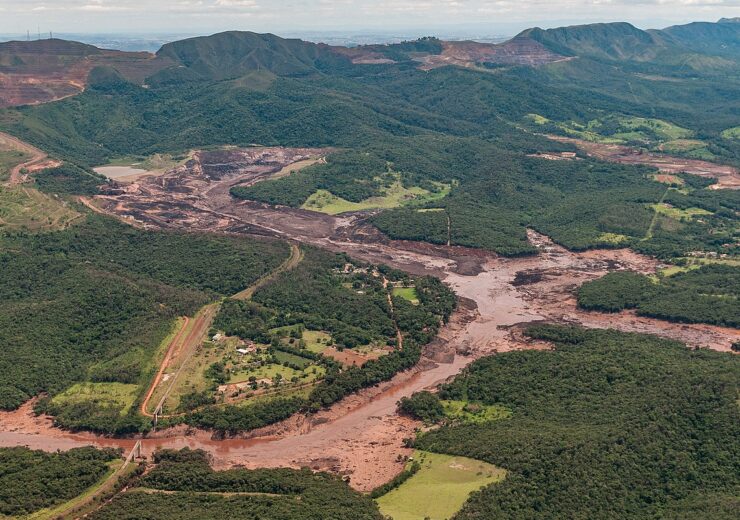 Vale has reached an agreement with Brazilian authorities to pay BRL37.7 ($7bn) in compensation for the Brumadinho dam tragedy that took place in the Minas Gerais state in Brazil.

The settlement was reached with the Minas Gerais government, the public defender of the state, and the public prosecutors offices of the state and Brazil.

It pertains to the compensation to be paid by the Brazilian miner for repairing the environmental and social damage caused by the rupture of the dam.

In January 2019, the tailings dam, which is associated with Vale’s Córrego do Feijão iron ore mine, collapsed leaving 270 people dead.

Within a short span of time, nearly 12 million cubic meters of tailings were released following the dam collapse, and the resulting mudflow from the structure quickly travelled downstream.

Vale CEO Eduardo Bartolomeo said: “Vale is committed to fully repair and compensate damage caused by the tragedy in Brumadinho and to increasingly contribute to the improvement and development of the communities in which we operate.

“We trust that this Global Settlement is an important step in that direction. We know that we have work to do and we remain firm in that purpose, in line with our New Pact with Society.”

In June 2019, Vale said that it will invest BRL1.8bn ($350m) by 2023 to strengthen the stability of the surviving structures near the Brumadinho dam.

The company, at that time, said that it was taking up steps to decrease the flow of tailings into the Paraopeba River apart from rebuilding public facilities.

The miner had previously offered to pay a compensation of BRL21bn ($3.87bn), which was reportedly rejected by Minas Gerais in November 2020.

Prior to that, the Minas Gerais government sought freezing of nearly $5bn assets of the miner as compensation for the Brumadinho dam tragedy.

Vale general counsel Alexandre D’Ambrosio said: “The mediation process conducted by the Court of Justice of Minas Gerais allowed the construction of a Settlement that definitively ends the disputes with the State of Minas Gerais, the Federal and State Public Prosecutors, and the Public Defender of Minas Gerais.

“The institutions engaged in the construction of the Global Settlement ensured swift, fair and effective solutions in a process conducted with transparency, legitimacy and legal certainty.”