The UN chief said phasing out coal from the electricity sector is the “single-most important step” to get in line with the 1.5C goal outlined in the Paris Agreement 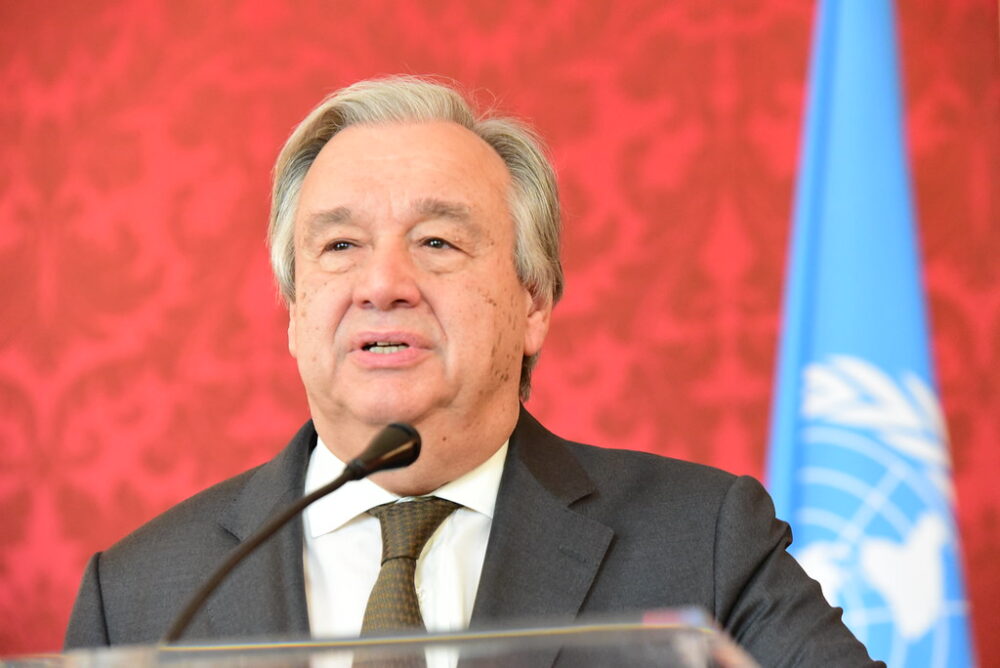 The UN Secretary-General has called for an end to the international financing of coal plants (Credit: Flickr/UNIS Vienna)

All global coal projects in the pipeline should be cancelled, the UN Secretary-General Antonio Guterres has urged.

Speaking today (2 March) at the Powering Past Coal Alliance Summit, the UN chief said phasing out coal from the electricity sector is the “single-most important step” to get in line with the 1.5C goal outlined in the Paris Agreement.

In order to reach that target global coal use in electricity generation must fall by 80% below 2010 levels by 2030.

“Once upon a time, coal brought cheap electricity to entire regions and vital jobs to communities,” said Guterres. “Those days are gone. More than half of the renewable capacity added in 2019 achieved lower power costs than the cheapest new coal plants.

“Fossil fuels-related air pollution causes one in five of all deaths globally each year. And coal’s economic viability is declining.

“This has been accelerated by the pandemic. In virtually all markets, it is now cheaper to build new renewable energy capacity than new coal plants.”

UN chief calls for an “end the deadly addiction to coal”

The UN chief called on all governments, private companies and local authorities to take three steps.

The first step is to “cancel all global coal projects in the pipeline” and “end the deadly addiction to coal”.

“I urge all OECD countries to commit to phasing out coal by 2030, and for non-OECD countries to do so by 2040,” he added. “Science tells us this is essential to meet the Paris Agreement goals and protect future generations.”

Guterres said the main emitters and coal users should announce their phase-out plans “well before” the COP26 climate conference in Glasgow, UK, in November and that G7 members should take the lead and commit to this phase out at the G7 June Summit “at the latest”.

The second measure is to end the international financing of coal plants and shift investment to renewable energy projects.

“I ask leaders of main emitting economies to announce the end of their international financial support to coal at the earliest opportunity this year,” said Guterres.

“I look forward to seeing much more support to the developing countries that are embracing the transition to renewable energy to deliver universal energy access to their citizens.

“I also ask all multilateral and public banks – as well as investors in commercial banks or pension funds – to shift their investments now in the new economy of renewable energy.”

The third step is to jump-start a global effort to “finally organise a just transition, going coal plant by coal plant if necessary”.

Guterres said most studies estimate that despite “inevitable job losses”, the transition from coal to renewable will result in the “net creation of millions of jobs by 2030”.

“But we know the impact on regional and local levels will be varied,” he warned. “We have a collective and urgent responsibility to address the serious challenges that come with the speed and scale of the transition.

“The needs of coal communities must be recognised, and concrete solutions must be provided at a very local level.”

Guterres said this will require engagement – from governments to power companies, from labour unions to investors, both private and public.

“I call on all countries to embrace the International Labor Organization’s Guidelines for a just transition and adopt them as minimum standard to ensure progress on decent work for all,” he added.

“The United Nations will fully support this just transition and efforts to ensure that thriving and prosperous renewable energy communities emerge from this transformation.”