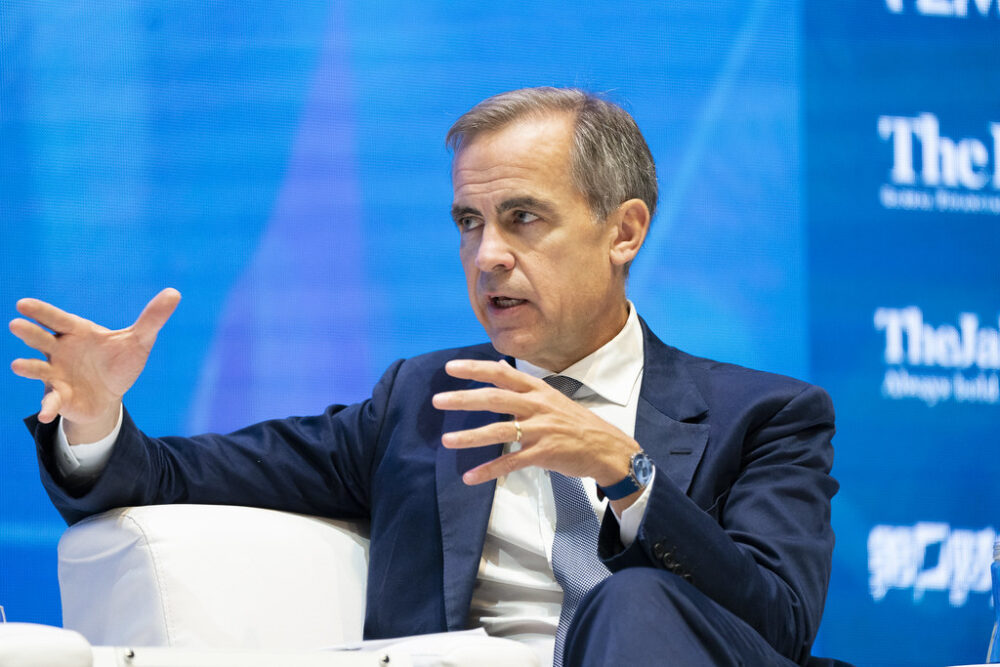 Mark Carney is a former governor of the Bank of England (Credit: Flickr/International Monetary Fund)

UN climate finance envoy Mark Carney claims the investment firm he joined last year has a net-zero portfolio – but an investigation has revealed the company has pumped billions into fossil fuel projects.

Carney is a former governor of the Bank of England and is now Prime Minister Boris Johnson’s finance adviser for November’s COP26 climate summit in Glasgow, UK, in addition to his high-profile role for the UN.

In an interview with Bloomberg TV on 10 February, Carney claimed Brookfield is “net zero across its $575bn asset portfolio”. He said that although it owns companies “across the spectrum”, it has achieved net-zero status because “we have this enormous renewables business that we’ve built up and all of the avoided emissions that come with that”.

But analysis by Unearthed, the investigative arm of climate campaigner Greenpeace, has identified five major fossil fuel infrastructure projects in which Brookfield is a leading shareholder, including “significant projects” in the highly polluting coal and oil sands sectors.

Responding to Carney’s remarks about Brookfield being a net-zero company, Greenpeace UK executive director John Sauven said: “How can a company with billions of pounds invested in coal and tar sands claim to be net zero? Just because the firm is funding renewable energy projects doesn’t magic away the carbon emissions from its investments in highly polluting industries.

“It’s worrying that the UK government’s top climate finance adviser should be promoting such a weak definition of net zero.

“If other companies started following this example, it would be a major setback for real action at the Glasgow climate summit. The Prime Minister should make it clear that there will be no room for this kind of accountancy trick.”

Amongst the fossil fuel projects identified by Unearthed is the Dalrymple Bay coal port in Queensland, Australia, where Brookfield is the largest shareholder in the coal terminal with a 49% stake worth an estimated $600m.

The port primarily deals in coal burned for steelmaking – an industry that is notably harder to decarbonise than the power sector.

But Hare argued: “We know that metallurgical coal also needs to be phased out relatively quickly and replaced by clean alternatives using, for example, green hydrogen and that investments to increase the potential for this are badly needed.”

Brookfield is also the joint-largest shareholder in the Natural Gas Pipeline Company of America, which runs pipelines from the Gulf of Mexico and the Permian Basin in Texas, US, to Chicago.

The analysis claims Brookfield currently owns 20% of Canadian oil sands pipeline operator Inter Pipeline, and is in the midst of a “hostile takeover” of the company, aiming to buy the remaining shares.

In 2020, Brookfield Infrastructure generated 15% of its cash flows from its midstream business, including the Inter Pipeline, according to Unearthed.

The asset management firm is also part of a consortium of financial institutions that have taken a 49% stake – believed to be worth up to $10bn – in the Abu Dhabi National Oil Company’s gas infrastructure.

A further investment saw Brookfield acquire the East West Gas Pipeline in India for $2bn in 2019, taking 90% of the equity. It carries gas from the state of Andhra Pradesh in the south-east to Gujarat in the west.

Brookfield will continue to invest in assets globally that transport fuel

Brookfield did not make Carney available for comment to Unearthed but affirmed that, within the envelope of net-zero carbon, it will “continue to own and operate certain essential infrastructure assets globally that transport fuel”.

Unearthed said the question of whether a financial firm can claim to be net zero while still investing in assets that facilitate the use of fossil fuels, not least the “most polluting kinds like coal and oil sands”, is a “live issue going into the COP26 climate summit”.

While Brookfield’s clean energy assets outstrip its fossil fuel investments, Hare doesn’t believe its version of net zero is “consistent with the Paris Agreement, either in spirit or in terms of the letter of the law”.

“From the point of view of the atmosphere, to be net-zero across a portfolio at present means that your actual physical emissions from that portfolio would need to be offset by real, additional, verifiable and permanent removals somewhere else,” he added.

“And this should be done in a transparent manner – tell us what the contribution from removals is, don’t hide it in a netted number.

“Rushing to make emissions ‘look’ like zero when they are not will ultimately be counter-productive and erode market and consumer confidence.”