The money will be used for drainage and flood defences on the South Humber Bank, unlocking a large area of land enabling the development of the Able Marine Energy Park 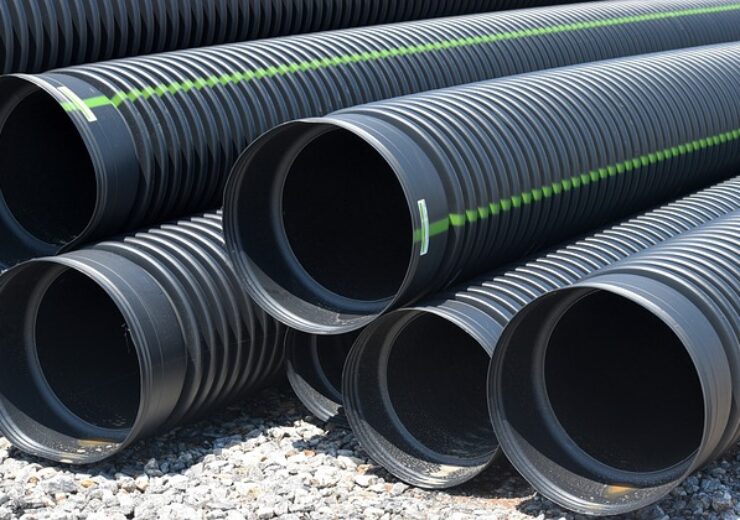 The money will be used for drainage and flood defences on the South Humber Bank. (Credit: Paul Brennan from Pixabay)

North Lincolnshire’s economy is to receive a £4.3m boost thanks to the £25.8million awarded to Lincolnshire as part of the Government’s Getting Building Fund. The fund supports the delivery of shovel-ready infrastructure projects to boost economic growth, fuel local recovery and create jobs.

The money will be used for drainage and flood defences on the South Humber Bank, unlocking a large area of land enabling the development of the Able Marine Energy Park. It will also protect current businesses in the area.

The Government have announced £100bn of offshore wind projects and the new Able Marine Energy Park aims to be a major player in the massive growth sector. The development will see thousands of jobs created that will transform the area’s economy creating a world-class engineering industry on which the area’s long-term prosperity can be based.

“A vital part of the jigsaw and great example of local support, the comment used by ABLE UK Executive Chairman, Peter Stephenson, to describe the grant support for the pumping station as a means of progressing the development of the Able Marine Energy Park (AMEP).

He explains, “The offshore wind sector is potentially on the cusp of something very special. We have clear and unambiguous policy from Whitehall – through the Sector Deal, and the increasingly demanding targets for both power generation and the extent of UK context – there is an unparalleled level of market visibility. Combine this with the sectors extraordinary efforts in terms of developing new products and significantly reducing costs and the sector is set to become a dominant factor in a post Covid 19 UK economy.

“Confirmation of this Government funding is very much a step in the right direction. We believe that the Able Marine Energy Park can and will play a vital role in this process to, first and foremost, provide purpose-built heavy-duty deep-water quays and, just as crucially, a large expanse of adjacent supporting hinterland. Without those key building blocks in place the status quo will prevail and the aspirations to maximise UK activity will be further diminished”.

The pumping station, which is also being funded with £2.4 million from ABLE and other beneficiaries, will deliver extensive surface drainage across a large area of the South Humber Bank with a wide range of benefitting businesses and landowners. It will replace temporary arrangements and provide a permanent solution that will be adopted by the North Easy Lindsey Drainage Board.

“This is a significant commitment from the Government towards delivering a new port facility in North Lincolnshire.”

“We have been working closely with ABLE over the last few months, to understand the new market opportunities that are opening up in this sector in order to secure the prospective development of a new marine energy park.

This is hopefully just the beginning, we, and the Lincolnshire Local Enterprise Partnership are fully committed to supporting the process of economic development and, potential that could come from a off-shore marine energy park in our area. This project delivers business investment on a significant site that could unlock skills, jobs and investment here in the North’. Helping to transform the local economy, whilst also bringing jobs to local residents from the Scunthorpe and Grimsby area. “

“The Able Marine Energy Park has the potential to unlock the renewables sector in North Lincolnshire, supporting the Governments ambitions for clean growth, providing a much needed, more resilient sustainable economic future for North Lincolnshire.

“The pumping station and drainage works are vital for the scheme’s success and the wider development and sustainability of businesses on the South Humber Bank too. The plans were ready to go and I am delighted that the Government has recognised the ability to deliver on this transformational development will have a major impact local, regionally and nationally.

“This project provides a significant opportunity towards attracting and retaining highly skilled jobs to the area and will be a key driver for economic growth and prosperity for decades to come.”

Pat Doody, Chair of the Greater Lincolnshire LEP, said: “Today’s announcement is very welcome and is reflective of the excellent collaborative working between the LEP and its partners.

“As we reshape our Local Industrial Strategy and recovery plans to reflect the impact of the pandemic, it is important that we help build an economy that it is more resilient in the long term and which responds to the needs of our businesses and communities.

“We will continue to work with the Government on future funding for investments to support our ambitions and look forward to delivering this transformative programme for Greater Lincolnshire.”