TNG targets to produce annual production of 100,000 tonnes of titanium pigment from the project 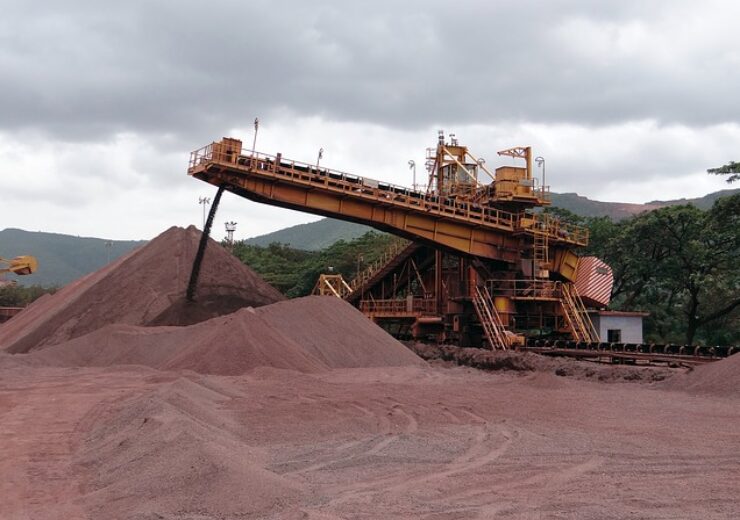 TNG is aiming annual output of 500,000 tonnes of iron oxide from the mine. (Credit: Bishnu Sarangi from Pixabay)

The project is planned to be developed across two separate sites in the Northern Territory.

With a mine and processing facility life of 37 years, the Mount Peake project is expected to grow and diversify Australia’s critical minerals resources and contribute to the economic development of the Northern Territory.

TNG targets to produce annual production of 100,000 tonnes of titanium pigment and 6,000 tonnes of vanadium pentoxide at the Mount Peake project. The company is also aiming 500,000 tonnes of iron oxide annual output from the mine.

The company is progressing a front-end engineering design (FEED) study for the project with German-based engineering firm SMS group.

TNG stated: “In parallel with the FEED study and as part of the Company’s vertical integration strategy for the Mount Peake Project, TNG is advancing its green energy strategy with the establishment of a VRFB business unit and a joint partnership with SMS group to develop a carbon-neutral hydrogen production technology to be applied to the TIVAN process.”

The mining infrastructure to be created by the project in the Australian federal territory include a mining operation, beneficiation plant and TIVAN processing facility, which is expected to be located at the Middle Arm Precinct in Darwin.

During the construction phase, the development of the Mount Peake project is expected to create up to an estimated 1,600 jobs. The project is also estimated to lead to the creation of 1,000 jobs during the operational phase.