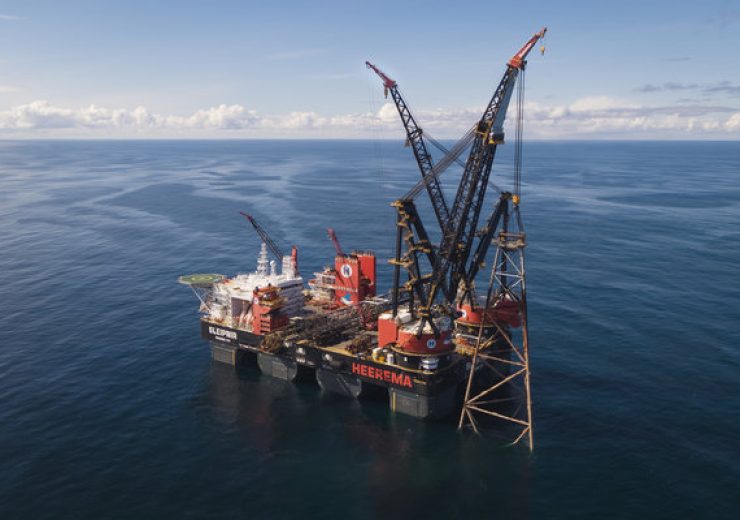 Heerema’s Thialf and Sleipnir SSCVs are being used in the decommissioning of Brae Bravo platform. (Credit: HEEREMA MARINE CONTRACTORS)

Abu Dhabi National Energy (TAQA), a UAE-based energy company, has started the decommissioning of the Brae Bravo platform in the Scotland part of the North Sea.

According to the company, the decommissioning represents its first major asset removal project apart from being one of the largest topside removal works of its kind in the North Sea.

First commissioned in 1988, the Brae Bravo platform is being removed over three separate phases, which will be executed this year and in 2022.

For the decommissioning project, TAQA has deployed two Heerema’s semi-submersible crane vessels (SSCVs) – Thialf and Sleipnir, which have a length of more than 200m.

The company started the first campaign last month. As part of this, the two SSCVs were simultaneously working in the field for a number of days to prepare and eventually remove the flare tower, jacket, and bridge.

TAQA has retained the Thialf crane vessel in the Brae oilfield to wrap up final preparatory works and module separation to enable final removal in the summer.

For the second campaign, the company said that during the summer of 2021, the Sleipnir vessel during two trips to the oil field will remove the remaining topsides.

The top of the jacket, which will be the last visible element above the sea surface of the Brae Bravo platform, will be decommissioned in 2022. For this, a dedicated navigational aid will be put over the remaining structure and a 500m safety zone will be in place until the decommissioning.

TAQA Europe managing director Donald Taylor said: “TAQA Europe is embarking on one of the largest decommissioning exercises in the North Sea to date.

“The Brae Bravo has been an integral part of the Brae fields for more than three decades with the size and scale of the platform, including the topside structure, almost the height of the London Eye.

“The arrival of Thialf in the field was a historic occasion, heralding the moment when we started converting many years of planning into practical implementation.”