Surge Exploration Chile has entered into a memorandum of understanding with Miguel Angel Pérez Vargas (MAPV) for an option to acquire up to 100% of the Incahuasi Lithium Project in Northern Chile. 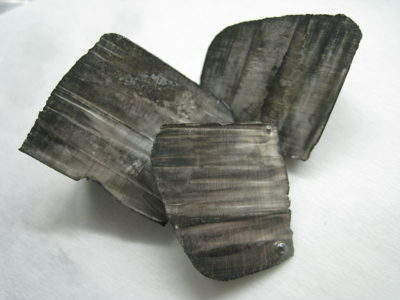 The Incahuasi Lithium Project comprises 10 exploration concessions totalling 2,300 hectares, and the Incahuasi Salar is located on the Chile/Argentina national border approximately 75 km / 46 mi southeast from the famed Atacama Salar in Chile.  The Atacama Salar is well-known to be the world’s largest and actively mined source of lithium with over 15% of the global supply of lithium contained within its boundaries.

The MOU, when superseded by a definitive option agreement (the “Agreement”), will require Surge to make certain cash and common share payments totalling USD$2.22 million and making certain work and development commitments during the term of the option agreement.

The Incahuasi Lithium Project exhibits many highly desirable and key acquisition attributes, including:

The Company intends to undertake a preliminary resource definition program upon receipt of the National Instrument 43-101 report, which is expected to be completed in 2019.

“We are excited about the opportunity to earn a significant interest in a lithium concession located in the Lithium Triangle, the world’s most prolific lithium producing region with over 70% of the world’s lithium reserves. We look forward to develop this concession, for the benefit of all our shareholders.” says Tim Fernback, Surge’s President & CEO.

Structure of the MOU and subsequent Agreement:

The proposed transaction to acquire 100% of the mining rights associate with the Incahuasi Lithium Project shall be effected by payment of the amounts described below:

Once Surge has completed the foregoing conditions, the Company must also have completed the following work commitment in order to exercise the option and acquire 100% interest in the Incahuasi Lithium Project.

Surge shall be required to complete the following under its “Work Commitment” obligations with the exploration phase starting immediately after the conclusion of the Option Agreement, with the assurance that Surge produces a geophysical survey and at least one drill hole completed within 24 months from the Effective Date (the “Exploration Program”).

Once Surge completes all the prerequisites of the Agreement, and therefore owns the rights to the lithium mineral claims, MAPV shall receive a 2% NSR in the Incahuasi Lithium Project.  Surge will retain the right to repurchase 50% of the NSR to MAPV at a price of USD$3,500,000.

The transaction will be subject to TSX-Venture approval. Finders fees are payable in connection with the sourcing and negotiation of the potential acquisition of the Incahuasi Lithium Project.