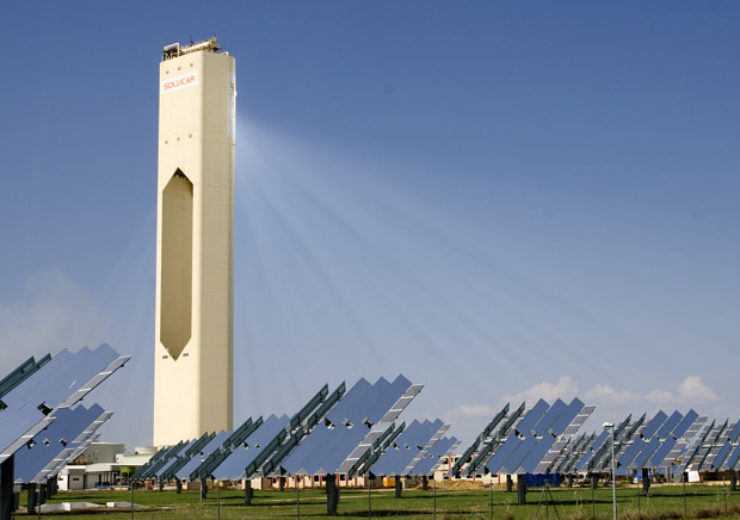 Sunvapor announced today that it is the recipient of a $1 million award in the second phase of the U. S. Department of Energy’s Office of Energy Efficiency and Renewable Energy Small Business Innovation Research program. Sunvapor proved in the first phase of their research that they could guide a robot’s arm to sub-millimeter accuracy in the presence of direct sunlight and on a movable platform. In the second phase of the project, they will demonstrate their patented process of mirror alignment on a collector frame at full-scale, approximately that of two double-decker buses side-by-side. Beginning on August 19, 2019, the project will be performed at the outdoor Oasis Innovation Center in Livermore over a period of eighteen months.

High-performance parabolic trough collectors require placement of dozens of glass mirror panels to sub-millimeter accuracy so that the focused reflected light hits its narrow target. That mirror placement is normally painstakingly performed by skilled labor using expensive non-mobile fixtures that results in high costs. Sunvapor uses real-time closed-loop photogrammetry to achieve the required robot arm position tolerances over such a large object, and in the presence of environmental disturbances.

“Following the second phase, we plan to deploy the mobile robotic assembly platform to industrial sites where we will be installing hundreds of collectors to generate solar steam.  The process helps to lower the cost of solar steam by reducing construction costs,” said Dr. Sue Gleckman, Sunvapor’s General Manager.

“Sunvapor ‘s success in the first phase of their research and development has made us rethink just how far we can push robots’ potential,” said Joe Gemma, chief regional officer at KUKA. “They’re truly a driving force in the efforts to expand the outdoor construction market. This solution is improving overall efficiency, cutting manufacturing costs, and producing solar steam at prices competitive with natural gas,” he added.

“Small businesses play a big part in spurring innovation and creating jobs, and Sunvapor’s work is making it cheaper and easier to harness solar power for agriculture and industry – it’s a win-win for America and for our planet,” said Congressman Eric Swalwell.  “I’ve led my colleagues in urging full funding for the Department of Energy’s Office of Energy Efficiency and Renewable Energy, and I’m so happy that Sunvapor is helping put our district on the map for this kind of clean-energy innovation,” he added.