West Erregulla is located within EP469, in which Strike Energy and Warrego Energy hold a stake of 50% each 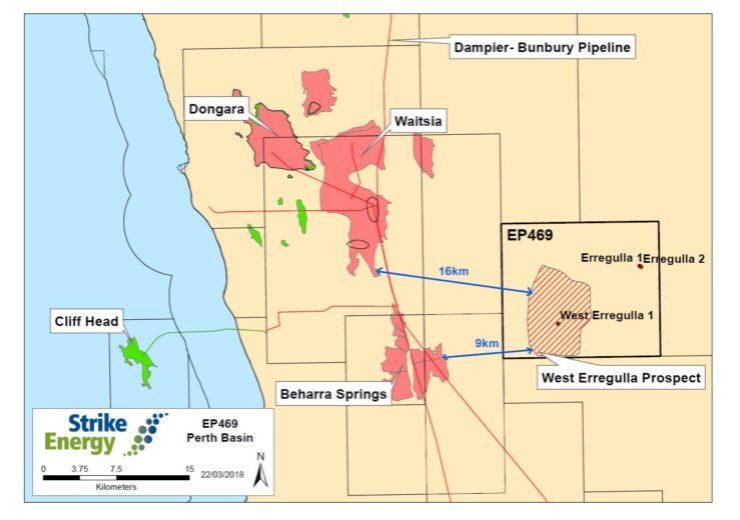 Strike Energy has completed drilling and flow-testing operations of the West Erregulla-2 well in Australia.

The Australia-based oil and gas exploration company has released a 2C contingent gas resource estimate of 1,185bcf (gross) for the West Erregulla.

West Erregulla is situated in exploration permit number EP469, an onshore oil and gas asset, which is located in the onshore North Perth basin of Western Australia.

Strike Energy managing director and CEO Stuart Nicholls said: “The size of this resource enables the progression of multiple development options with West Erregulla being a highly productive, recoverable gas asset, which is adjacent to major gas transmission infrastructure.”

“This resource and its location are the basis and foundation for Strike’s aspirations of being one of the lowest-cost gas producers in Australia.”

Strike Energy said that West Erregulla is believed to be one of Australia’s largest onshore conventional gas fields.

The company added that it has finished West Erregulla-2 drilling as a producer for the proposed Phase-1 development in the near future. It expects the first gas production from it in 2022.

The company is now making preparations for the appraisal drilling campaign expected for the second half of 2020, which may add additional resources or high-grade existing resources.

Warrego Group CEO and managing director Dennis Donald said: “We are very pleased to see these initial estimates following what has been a very successful 2019 programme. While it’s obviously early days and we will continue to review what is an extensive data set, it represents a very good first step in what is becoming Australia’s next gas frontier.”

In August, Strike Energy and Warrego Energy made a gas discovery at the West Erregulla prospect in the exploration permit EP469 in Western Australia’s onshore Perth Basin.

The gas discovery had been made in the Kingia sandstone as part of the West Erregulla-2 drilling programme.

According to Strike Energy, the Kingia formation was intersected at 4753m with gas on rock showing a gross gas column of over 97m.