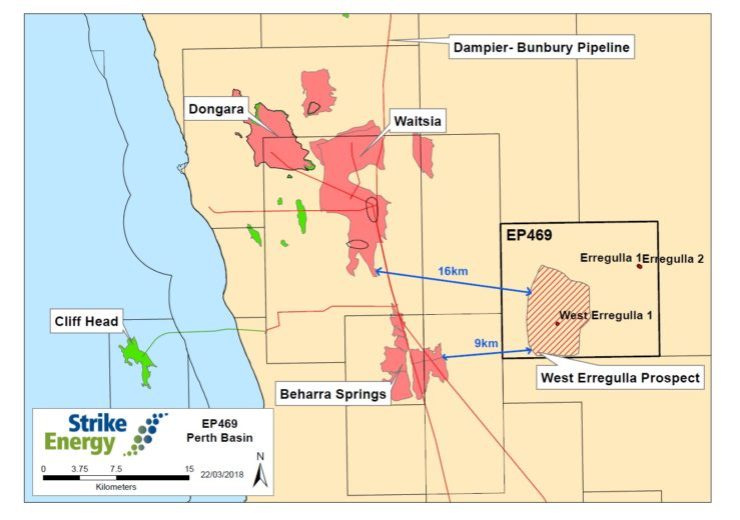 Strike Energy and Warrego Energy have made a gas discovery at the West Erregulla prospect in the exploration permit EP469 in Western Australia’s onshore Perth Basin.

The gas discovery has been made in the Kingia sandstone as part of the West Erregulla-2 drilling programme.

According to Strike Energy, the Kingia formation was intersected at 4753m with gas on rock showing a gross gas column of over 97m.

Strike Energy revealed that the lower section from 4,790m onwards comprises various high-quality large units of clean sand having thick blocky porosity development. The 67m section is interpreted to have 41m in net pay along with 14.3% average porosity of 14.3%, said the Australian oil and gas company.

The Erregulla-2 exploration well did not encounter a gas water contact, which is in line with the seismic amplitude modeling that supports the proposed field boundaries, said the partners.

Drilling is being continued at a depth of 4,895m measured depth below rotary table (MDRT) with the second primary target, the High Cliff Sandstones, where hydrocarbons are yet to be intersected.

“With West Erregulla-2 now being one of the deepest wells ever drilled onshore Australia and finding such excellent quality sandstone reservoirs, the subsurface paradigms of the Perth Basin are shifting.”

Warrego Energy group CEO and managing director Dennis Donald said: “This exciting discovery has exceeded our pre-drill expectations for the Kingia and substantially upgraded our view of the West Erregulla gas fields as a whole.

“Our interpretation of analogous Waitsia field data and the seismic amplitude model gave us confidence that West Erregulla-2 would yield results, even though the target formations are substantially deeper.

“The net pay of 41m is significantly thicker than analogues in the Waitsia field and underlines the potential of West Erregulla and EP469 to become an important future source of gas production in Western Australia.”