Once the realm of science fiction, recent advances in energy technology and commercial space flight have sharpened the UK's interest in an orbiting solar-power system 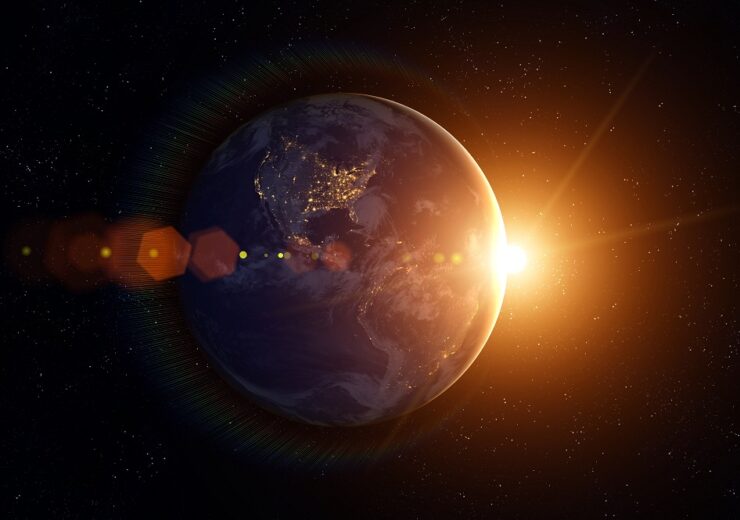 The concept of harnessing solar power in space has existed for decades (Credit: buradaki/Shutterstock)

The study will assess the viability of using “very large solar-power satellites” to collect and convert energy from the sun, before beaming it back down to Planet Earth for use in electricity grids.

It sounds like the stuff of science fiction, and it is. The concept was described by Isaac Asimov in his 1941 short story Reason – and while it has been discussed as a possible real-world application for many decades, the high cost and complex logistics have so far proved prohibitive.

But with solar technology now advancing at a rapid pace around the world, and frequent commercial space flight edging ever closer, officials say now may be the time that solar-power satellites become “more feasible and economically viable”.

“The sun never sets in space, so a space solar-power system could supply renewable energy to anywhere on the planet, day or night, rain or shine,” said Dr Graham Turnock, chief executive of the UK Space Agency. “It is an idea that has existed for decades, but has always felt decades away.

“The UK is growing its status as a global player in space and we have bold plans to launch small satellites in the coming years. Space solar could be another string to our bow, and this study will help establish whether it is right for the UK.”

The study will be undertaken by consultancy Frazer-Nash, which will consider the engineering and economic challenges of such a system – whether it could deliver affordable energy for consumers, and the engineering and technology that would be required to build it.

The process would involve capturing solar energy through an orbiting satellite, and converting it into high-frequency radio waves that could be transmitted back to ground-based receivers connected to electrical power grids.

While there may be efficiency and capacity gains from a space-based solar array compared to those based on land, there is the high upfront cost of launching the equipment into space to consider, as well as the engineering challenges of extra-terrestrial equipment assembly.

Martin Soltau, space business manager at Frazer-Nash, said: “Decarbonising our economy is vital. We need to explore new technologies to provide clean, affordable, secure and dependable energy for the nation.

“SBSP has the potential to contribute substantially to UK energy generation, and offers many benefits if it can be made practical and affordable.”

He added that the consultancy is working with international partners to design an engineering plan capable of deploying and operational SBSP system by 2050.

Back at home, Prime Minister Boris Johnson is expected to announce the UK’s overarching clean-energy strategy later this week, which will set out the policy direction the country will take to meet its commitment of achieving net-zero emissions by the middle of the century.

The UK will host the COP26 climate summit in Glasgow, Scotland next year, where world leaders will set out their goals for accelerating the decarbonisation of the global energy system.