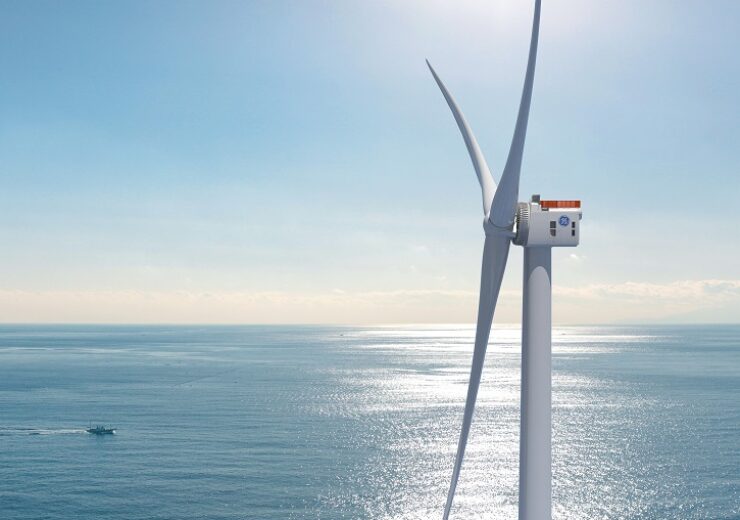 The Skipjack wind project will be powered by the GE Haliade-X turbines. (Credit: General Electric)

Ørsted has secured approval from the Maryland Public Service Commission (PSC) for using taller offshore wind turbines for its 120MW Skipjack wind project off the coast of Maryland.

The approval allows the Ørsted to use 853ft long GE Haliade-X turbines, which are taller by almost 200ft than what was mentioned by the company in its initial proposal. All the turbines for the proposed wind project will have a capacity of 12MW.

“The project will continue to engage with all stakeholders on creating a project that all Marylanders can be proud of.”

The Skipjack wind project, which is proposed to be built 19 miles from the Maryland-Delaware border and 26 miles from the Ocean City pier, is expected to power more than 35,000 homes in the Delmarva region. The offshore wind farm, which was originally estimated to be built with an investment of $720m, is slated to come online by the end of 2023.

The offshore wind project is expected to generate close to 1,400 jobs in Maryland, which includes 913 jobs during the development and construction phase, followed by 484 jobs during the operational period.

Ørsted project proposed the Skipjack wind project in response to Maryland’s Offshore Wind Act of 2013. According to the Danish energy company, the project is designed on the grounds that renewable energy can be a reliable solution to address modern electricity challenges.

In September 2019, GE announced that it was selected as the preferred turbine supplier by Ørsted for the Skipjack wind project and the 1.1GW Ocean Wind offshore wind farm in New Jersey. Both the offshore wind farms are proposed to use the Haliade-X 12 MW wind turbines.

The rotor diameter of the Haliade-X 12 MW wind turbine is 220m while its blades are 351ft tall.