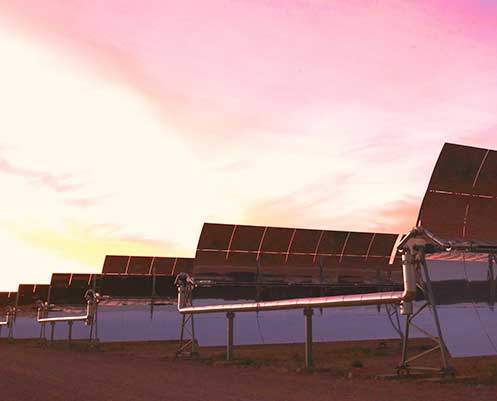 Financial details related to the stake acquisition were not disclosed. The DEWA CSP project was awarded to a consortium led by ACWA Power last year and is the 4th phase of the Mohamed bin Rashid Solar Park, which is claimed to be the largest single-site concentrated solar power plant in the world.

ACWA Power CEO Paddy Padmanathan said: “The introduction of a new investor into the DEWA CSP is absolutely in line with ACWA Power’s established strategy of sharing investments with value adding partners who will in turn bolster our projects.

“We could not have found a more capable partner than Silk Road Fund to complement DEWA and us on what is the largest single renewable energy project underway in the world today.”

The project will comprise of a central tower and parabolic trough technologies to collect energy from the sun and to store the energy in molten salt and produce steam as required to generate electricity during the day and throughout the night.

The CSP project is expected to supply electricity at a levelised tariff of $0.073 per kilowatt-hour 24 hours a day, which is also claimed to be a cost level that can compete with electricity generated from fossil fuel without subsidy.

The project is expected to support Dubai Clean Energy strategy 2050 to increase the share of clean energy in Dubai by 25% by 2030, while offsetting 2.4 million tons of CO2 emissions every year.

ACWA Power chief investment officer Rajit Nanda said: “I am delighted that we have reached an agreement to introduce an investor of the quality and international reputation of the Silk Road Fund.

“This investment is a testimony to the strong track record ACWA Power has already demonstrated as a reliable and responsible project developer and operator.”