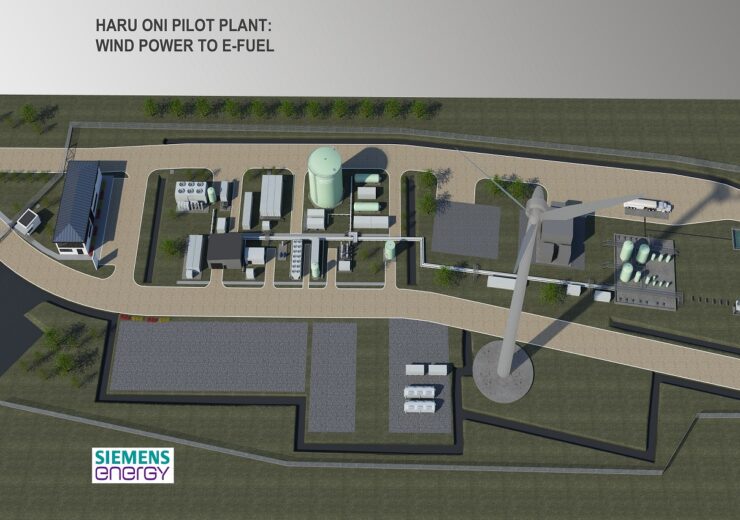 The pilot project will be located in Magallanes Province. (Credit: Siemens Energy)

The project has secured a grant of €8m from the German Ministry for Economic Affairs and Energy, as part of the country’s national hydrogen strategy.

To be located in Magallanes Province, the pilot project is expected to take advantage of the wind conditions of southern Chile to produce the climate-neutral fuel from wind power.

The ‘Haru Oni’ pilot project is expected to yield the first commercial, industrial-scale plant to produce around 130,000 litres of synthetic climate-neutral fuels by early 2022.

In two more phases, the capacity is expected to be increased to about 55 million litres a year by 2024 and around 550 million litres of e-fuels by 2026.

Siemens Energy CEO Christian Bruch said: “Establishing a sustainable energy economy is going to require some rethinking. Renewable energy will no longer be produced only where it’s needed, but where natural resources like wind and sun are available on a massive scale.

“So new supply chains are going to arise all over the world to carry renewable energy from one region to another.

“That’s especially important for Germany, which – bottom-line – has to import energy if it’s going to meet its nationwide demand. Hydrogen will come to play an increasingly important role in storing and transporting energy. Which is why the German government’s support for the project is an important signal.”

Porsche will be primary consumer of e-fuel

Porsche will be primary consumer of the e-fuel, which will be used in vehicles for Porsche motorsports, at the Porsche Experience Centers and perspectively also in serial production sports cars.

The sports car maker will begin with an initial investment of nearly €20m.

As one of the co-developers of the Haru Oni project, Siemens Energy will serve as the systems integrator to cover the entire value chain, ranging from power generation using Siemens Gamesa wind turbines, to producing green hydrogen and converting it into synthetic fuel.

AME is the developer and owner of Highly Innovative Fuels (HIF) project. Enel is the co-founder of the plant, focusing on wind power and electrolysis. ENAP will support the project by offering operating staff, maintenance and logistics.