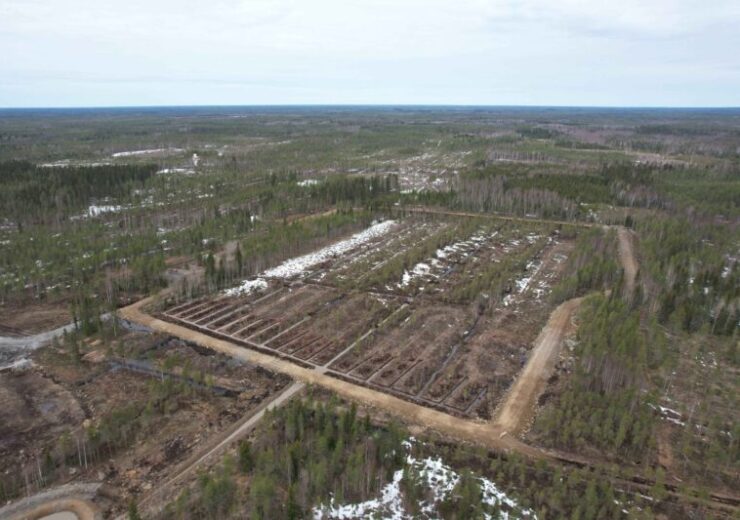 The Keliber lithium project in Finland will have a CAPEX of €588m. (Credit: Keliber Oy)

The Keliber project is owned by Finnish mining and battery chemical firm Keliber. Last month, Sibanye-Stillwater raised its interest in Keliber to 84.96% through a series of transactions.

Sibanye-Stillwater said that the development programmes of the Finnish project will begin with the construction of the Kokkola lithium hydroxide refinery located at the Kokkola industrial park.

Once operational, the Kokkola refinery is expected to produce an average of 15,000 tonnes of battery grade lithium hydroxide monohydrate per annum.

Sibanye-Stillwater CEO Neal Froneman said: “We are delighted to advance and grow our presence in the European battery metals industry through Keliber, which we expect will be the first fully integrated European lithium hydroxide producer supplying the European market and is expected to have one of the lowest carbon emission footprints in the industry.

“We look forward to working with all stakeholders to deliver this exceptional project which will contribute to the Finnish battery metals ecosystem as well as to the growth of our unique portfolio of green metals that reverse climate change.”

Located in the Central Ostrobothnia region, the Keliber lithium project has an estimated life-of-mine of 16 years at an average annual milling rate of about 800,000 tonnes.

A definitive feasibility study (DFS) of the Keliber project was updated in October 2022. The DFS estimates a 20% post tax internal rate of return (IRR) and a post-tax net present value of €887m for the project.

Sibanye-Stillwater intends to underwrite a capital raise of €104m, which is expected to be closed by Keliber at the end of January 2023. The latter is also anticipated to borrow a minimum of €250m of debt to fully fund the construction of the lithium project.

Once all the environmental permits are secured, the construction activities of the Päiväneva concentrator and the initial two open pit mines, the Syväjärvi mine and the Rapasaari mine are expected to begin, said Sibanye-Stillwater.