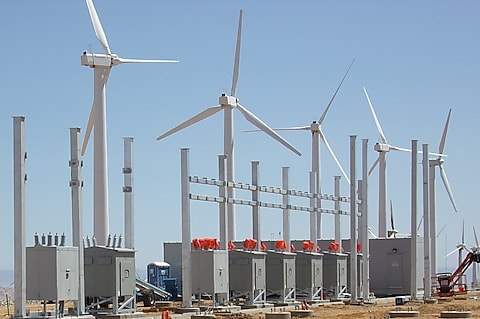 Coachella Hills Wind project is located in Palm Springs, California, US. It is a repowering project of the existing Coachella Flats and Painted Hills wind projects. The repowered wind farm is expected to begin operations in December 2020.

Terra-Gen CEO Jim Pagano said: “Terra-Gen is pleased to announce the development of its Coachella Hills Wind project and its continued relationship with Shell Energy. Coachella Hills will provide a positive impact for local businesses and county revenues while helping California meet its carbon reduction goals.”

Coachella is claimed to be the second wind project in California, where Terra-Gen and Shell Energy have signed a power purchase agreement. The first agreement was signed last year, for the 130MW greenfield wind project known as Voyager II located in Tehachapi, California.

Terra-Gen is a renewable energy company focused on developing, owning, and operating utility-scale wind, solar, battery storage and geothermal facilities. It owns and operates over 1,300MWs of wind, geothermal and solar generating capacity in operation or under construction across 27 renewable power facilities throughout the Western US.

Shell Energy North America sales and origination senior vice president Shaji Nair said: “Power purchase agreements like this one provide price certainty for our customers and are consistent with Shell Energy’s efforts to be part of the solution to help our customers lower their carbon footprint as we move together towards a cleaner energy future.”

In January this year, Shell Energy North America acquired 43.8% stake in Silicon Ranch, a US solar company.  Silicon Ranch is a Nashville, Tennessee-based company that develops, owns and operates solar energy plants in the US.