Bolivian state oil company YPFB said that its partner Shell Bolivia has commenced drilling of the Jaguar X6 well in the Huacareta block in Bolivia with an investment of $109.4m in pursuit of 1.8 trillion cubic feet (TCF) of gas. 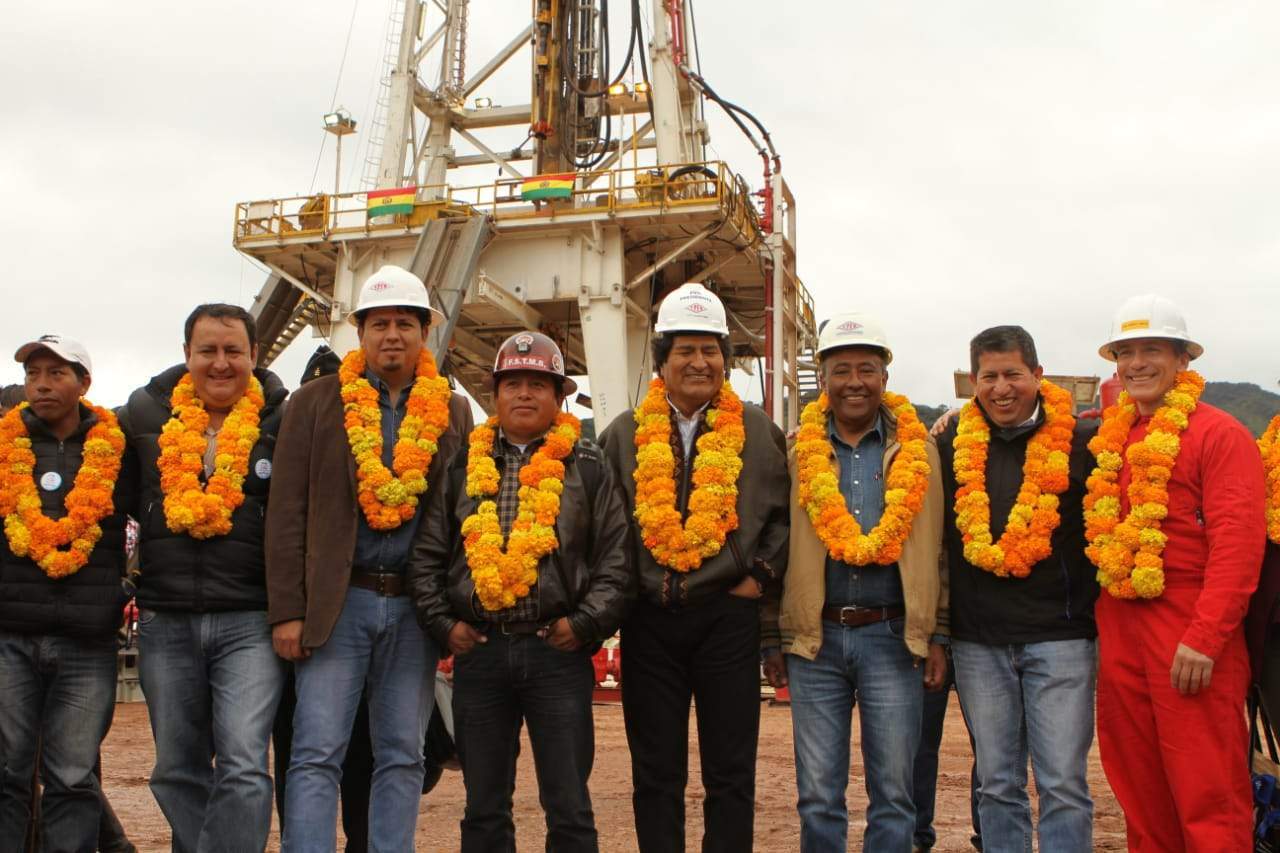 Image: Ceremony to mark the start of the drilling of the Jaguar X6 exploratory well in the Huacareta block. Photo: courtesy of YPFB Corporation.

Jaguar X6, which is an exploratory well located in the southern part of the Andean country, is the first project to be spudded by Royal Dutch Shell’s Bolivian subsidiary. The onshore Huacareta Block spans over a region of 4,537km2, covering parts of the Bolivian departments of Chuquisaca and Tarija.

Shell is aiming to begin production from December 2018 as per Bolivian President Evo Morale, who was present at the ceremony to mark the drilling program.

Morale said: “To welcome this exploration work at Jaguar X6, we hope, is the commitment we have with Shell, in December to turn on the gas that is the goal, we hope to give the best Christmas gift to all the Bolivian people and especially to the people of Tarija.”

According to YPFB, the gas deposit was discovered nearly two years ago at a depth of 4,429m. The Bolivian oil firm said that construction of the drilling infrastructure began last year by engaging nearly 400 people, out of which 70% are local recruits.

YPFB CEO Óscar Barriga Arteaga said: “The drilling of the well is the result of the identification of a potential reservoir of hydrocarbons through 2D seismic conducted in 2016. The estimated depth will reach 4,429 meters to evaluate the hydrocarbon potential of the huamampampa reservoir.”

According to Shell, the Huacareta block is the largest undeveloped asset in Bolivia. The company has also been operating in the La Vertiente Block in Bolivia since 2000.

The La Vertiente Block produces natural gas across five different fields, which is fed into a single gas processing plant.

Shell also holds a stake in the Caipipendi block that includes the Margarita field, one of the largest producing assets in Bolivia and the Tarija XX West block which includes the Itaú field.