The program is dedicated to the production and management of water resources and has begun drilling 3 wells connected to the water network that serves about 30,000 beneficiaries 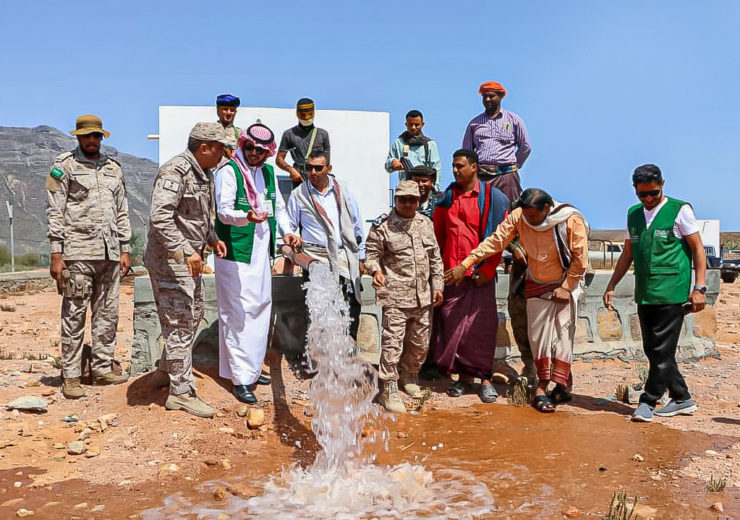 The Saudi Development and Reconstruction Program for Yemen (SDRPY) has launched a package of development projects in Socotra Governorate for the activation and operation of the two power plants in Hadibu and Qulansiyah and the management of water resources.

Tariq Al-Zaidi, director of SDRPY in Socotra, confirmed in a speech at the launch that the program had built the Hadibu and Qulansiyah power plants to the highest international technical specifications, the same as for Saudi electricity stations.

Governor of Socotra Ramzi Mahrous extended his thanks to the Custodian of the Two Holy Mosques King Salman bin Abdulaziz and Crown Prince Mohammed bin Salman for all the development projects presented to the Yemeni people in all Yemeni governorates in vital sectors, adding that these projects enjoy the guidance of the Saudi leadership and direct follow-up by SDRPY General Supervisor Ambassador Mohammed bin Saeed Al Jaber. Mahrous stressed that the electricity stations would be of significant support to the province, which has suffered from frequent interruptions of electricity services and other difficulties. These stations, he explained, could be considered serious tributaries of development in the province.

SDRPY launched electricity services at Hadibu Station, which has a capacity of 3,750 kV and includes a building to house the plant and all accessories, such as transformers, tanks and cables. All electrical and mechanical work has been completed to feed the electrical network in Socotra Governorate. SDRPY also launched services at Qulansiyah Station (1,410 kV), with full accessories.

The program is similarly dedicated to the production and management of water resources and has begun drilling 3 wells connected to the water network that serves about 30,000 beneficiaries. The freshwater production and management project addresses serious needs due to water shortages in the governorate, which suffers from a lack of water flow to homes and utilities, frequent cuts and scarcity. The project will help create a positive impact on the lives of residents and fill the need for potable water, as well as provide irrigation water for agriculture and livestock.

SDRPY is striving to serve the people of Socotra Governorate and all other Yemeni governorates through a variety of projects that contribute to the recovery of life in key sectors, including agriculture, water, health, education, fisheries, electricity and energy, transportation, roads, ports and airports, as well as emergency response during natural disasters. These projects have helped create job opportunities, supporting the economy and touching on the actual needs of the Yemeni citizen.