Announced about a year ago, Saudi Aramco's proposed acquisition of the majority stake in SABIC now has unconditional approvals across all jurisdictions in which pre-notification antitrust filings are needed 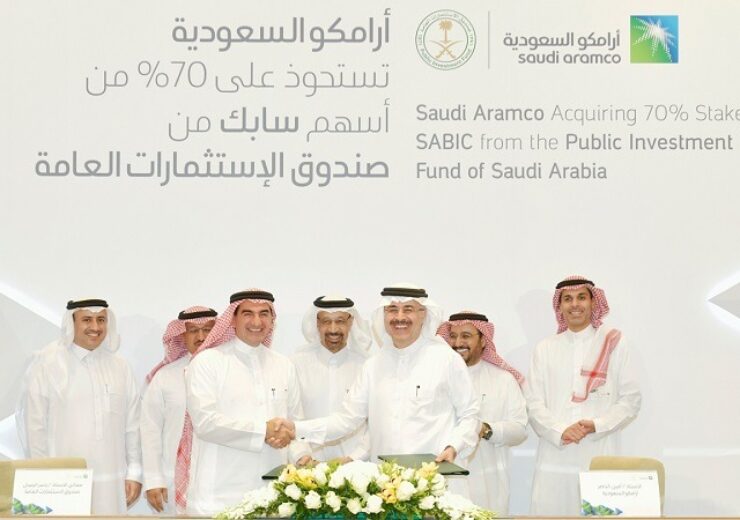 Saudi Aramco has secured an unconditional approval from the European Commission (EC) for its proposed 70% stake acquisition in Saudi Basic Industries Corporation (SABIC) for SAR259.12bn ($69.07bn).

The majority stake in the Saudi Arabian petrochemical company is being acquired by the oil and gas company from the Public Investment Fund of Saudi Arabia (PIF).

Announced about a year ago, the transaction now has unconditional approvals across all jurisdictions in which pre-notification antitrust filings are needed.

According to Saudi Aramco, the closing of the proposed acquisition remains subject to the meeting of the remaining customary closing conditions contained in the share purchase agreement.

Saudi Aramco will not look to fully acquire SABIC

As per the share purchase deal signed in March 2019, Saudi Aramco will be buying the stake in SABIC at SAR123.39 ($32.89) per share. The remaining 30% stake in the petrochemical company includes publicly traded shares that have been omitted from the deal.

At the time of signing the deal, Saudi Aramco disclosed that it had no plans to take over the remaining shares.

Founded in 1976, SABIC has operations across more than 50 countries. The petrochemical manufacturer operates 64 manufacturing and compounding facilities located in the Middle East, Asia, Europe, and the Americas.

The company’s total production volume for the year 2018 from its various business units totaled 75 million metric tons. Its products include ethylene, methanol, ethylene glycol, MTBE, polyethylene, and engineering plastics and its derivatives.

The company, at the time of the deal announcement, said that its acquisition by Saudi Aramco will be an important pillar in the development of the Saudi Arabian petrochemicals industry. Apart from that, the deal is expected to strengthen Saudi Aramco’s place among the largest integrated energy and chemical companies in the world.