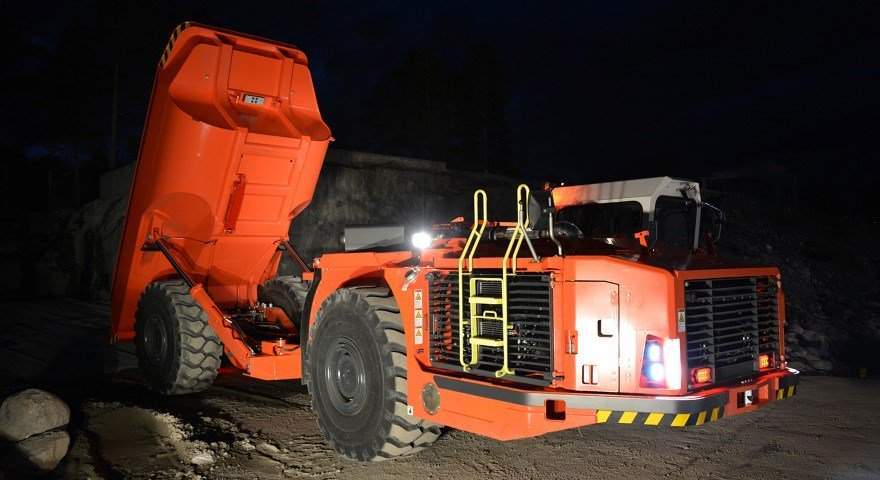 The new Sandvik TH545i is designed for intelligent mine operations and improved productivity. Compared to its predecessor the Sandvik TH540, the truck offers a significant capacity increase by carrying five tonnes more than the Sandvik TH540.

The truck’s standard engine power has been increased to 450 kW from 405 kW, which enables to maintain fast speed even with the increased payload. The truck outer dimensions remain the same, which allows the new upgraded truck to fit in the same envelope as the previous model.

The robust design of the Sandvik TH545i is inherited from the well-proven Sandvik TH540, but the new truck is now loaded with intelligence. The truck features Sandvik Intelligent Control System with data collection and reporting as standard.

The Sandvik TH545i comes automation compatible, and can be equipped with an optional AutoMine Trucking OnBoard Package. Yet another intelligent feature is the integrated weighing system (IWS) that is available as an option for all intelligent Sandvik trucks, supporting improved efficiency and ensuring full utilization of the truck’s payload capacity.

From a safety point of view, the new model brings benefits to the maintenance personnel by means of greatly improved access system to the top of the truck and safety rails – keeping in mind that all daily checks can be performed on the ground level. Automation compatibility provides the possibility to move equipment operators from underground to other locations, which greatly improves overall safety.