Of the four projects, three are in France and one in Poland 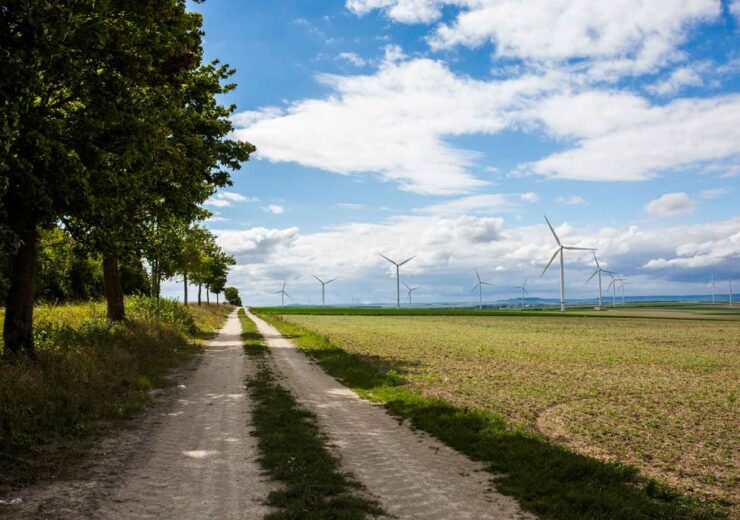 The four new onshore wind farms will have a total installed capacity of 76MW. (Credit: RWE)

Germany-based RWE Renewables has taken an investment decision of €95m for the construction of four onshore wind farms in Europe that will have a total installed capacity of 76MW.

Out of the four wind projects, three are located in France, and one in Poland.

Work on the three wind farms will begin in the first quarter of this year, while the construction of one French project is underway.

The 26MW onshore wind farm Les Pierrots, which is considered to be RWE’s premier in France, is located in the Centre-Val de Loire region, about 250 km south of Paris.

The other three projects are the 18MW Les Hauts Bouleaux, the 15MW Martinpuich wind farm in the north of France and the 17MW Rozdrazew project, located 80 km south-east of Poznan in Poland.

RWE Renewables Wind Onshore and PV Europe & APAC COO Katja Wünschel said: “Through the acquisition of the Nordex project pipeline in 2020, we aimed at expanding our market presence especially in France. We are now following our words with actions. The first three onshore wind farms are being constructed in France, and work on one of these has already begun.

“As this shows, we are consistent in making use of the growth opportunities that come our way. It also highlights our ambition to further expand our position as one of the world’s leading renewable energy companies.”

The wind farms have been secured through the acquisition of European onshore wind and solar development business of Nordex  in November 2020.

The acquisition added 2.7GW to RWE’s existing 22GW development pipeline. A major part of this new portfolio – 1.9GW – is based in France.

By 2022 end,  RWE intends to boost its portfolio to a net capacity of over 13GW.

In December 2020, the company obtained secured planning permission from the the German Federal Maritime and Hydrographic Agency (BSH) for the 342MW Kaskasi offshore wind farm.