Production at the Kennecott copper mine located west of Salt Lake City, Utah, to continue until 2032 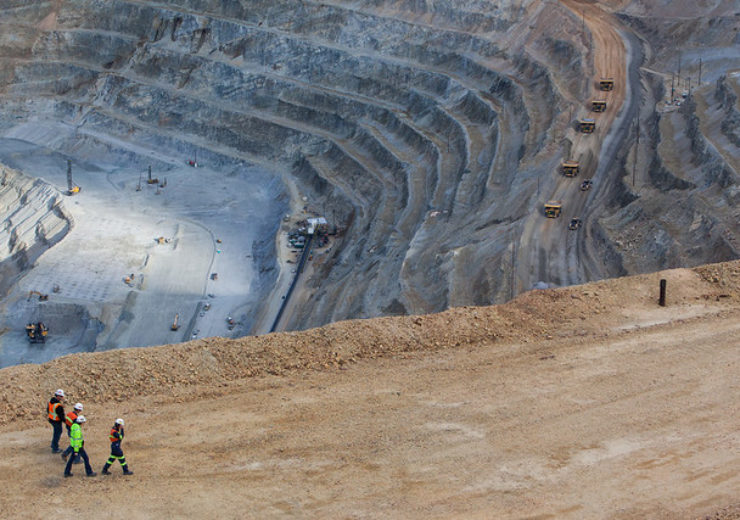 Mining giant Rio Tinto has decided to continue production at its Kennecott open-pit copper mine, located west of Salt Lake City, Utah, in the US with an investment of $1.5bn over a six-year period.

The latest investment will allow the firm to continue production at Kennecott until 2032.

The firm has approved the investment for the extension of strip waste rock mining and to support additional infrastructure development in the second phase of the South Wall Pushback project at the mine.

Rio Tinto expects the investment at the mine to result in the production of close to one million tonne of refined copper between 2026 and 2032.

Rio Tinto invests a total of $5bn at Kennecott mine

The approval brings the company’s total investment to around $5bn for modernisation, environmental stewardship and mine-life extension initiatives at the Kennecott mine, since its acquisition in 1989.

Rio Tinto chief executive J-S Jacques said: “This is an attractive, high value and low risk investment that will ensure Kennecott produces copper and other critical materials to at least 2032.

“The outlook for copper is attractive, with strong growth in demand driven by its use in electric vehicles and renewable power technologies, and declining grades and closures at existing mines impacting supply.

“Kennecott is uniquely positioned to meet strong demand in the United States and delivers almost 20 per cent of the country’s copper production.

“North American manufacturers have relied on high quality products from Kennecott for the past century and this investment means it will continue to be a source of essential materials into the next decade.”

Earlier this year, Rio Tinto announced plans to reduce the carbon footprint associated with the Kennecott mine operations, as part of its wider plan to become carbon neutral by 2050.

As a result, the company has committed to permanently close its coal-fired power plant at Kennecott, and acquire renewable energy certificates.

Recently, Rio Tinto has decided to invest A$1bn ($749m) in the Western Turner Syncline Phase 2 mine (WTS2 mine), which forms part of the company’s Greater Tom Price operations in Western Australia.

The investment will enable mining of existing and new deposits at the mine as well as construct new crusher along with a 13km long conveyor system.