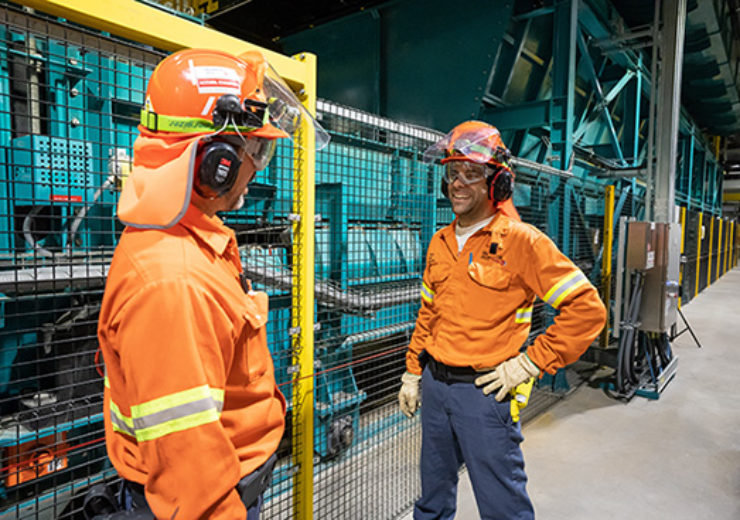 Rio Tinto started the commissioning of industry-leading filter press technology at its Vaudreuil alumina refinery in Quebec, Canada, six weeks ahead of plan and under its CAD $250 million budget.

The new filter presses will deliver environmental benefits by moving the refinery to dry stacking of bauxite residue and extend the life of the operation, which supports 1,000 jobs in the Saguenay-Lac-St-Jean region. The presses will ramp up to being fully operational in early 2020.

Rio Tinto Managing Director, Quebec Operations Sebastien Ross said “The commissioning of this industry-leading filter press technology demonstrates Rio Tinto’s commitment to investing in the sustainability of its world-class assets here in Canada. Moving to dry stacking will benefit the local community and our operation by reducing the area needed to store bauxite residue and making the rehabilitation of the site easier. I want to thank our employees and our partners for their outstanding execution in this project, which will help to ensure a strong future for Vaudreuil.”

Four 85-ton presses have been installed at the refinery using the latest in filter press technology. Industrial filtration consists in applying a mechanical pressure to dry bauxite residue, making it easier to store. The new presses will dry residue in only 17 minutes, instead of the three years it takes currently.

The project was launched in February 2018 and has generated $120 million in economic benefits for local businesses, which played an important role in the procurement, engineering and construction efforts. At its peak, 330 people worked on construction of the site. With 98% of the work completed, the project has shown a strong safety record with zero injuries occurring so far.