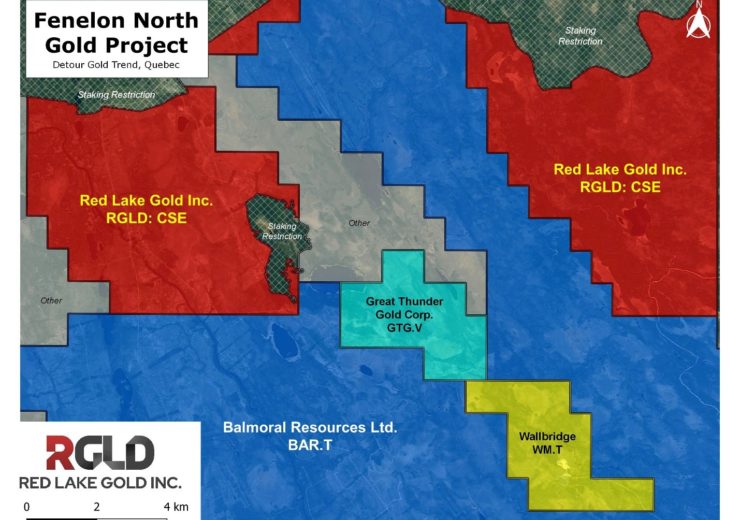 “Among other features, the Fenelon North project has substantial coverage of the Jeremie Pluton which is an intrusive structure that has recently come to be understood as increasingly important to gold mineralization discovered in the area (see recent news releases and public disclosures by Great Thunder Gold and Wallbridge Mining). As reference, the Northbound project recently announced by Great Thunder Gold is located entirely within the Jeremie Pluton.

Fenelon North provides RGLD shareholders with ownership of a large-scale tenure position in an emerging exploration hot spot while achieving that prospective upside in a very low-risk and highly accretive manner.

As a result of the transaction announced today, stockholders of Red Lake Gold stand to directly benefit from geological developments that may result from a broadening of exploration in the Fenelon area,” stated Ryan Kalt, Chairman and Chief Executive Officer of Red Lake Gold.

The Corporation cautions that results or discoveries on proximal or adjacent properties may not necessarily be indicative as to the presence of mineralization on the Fenelon North Gold Project.