Rafaella acquires San Finx tin and tungsten mine in Spain 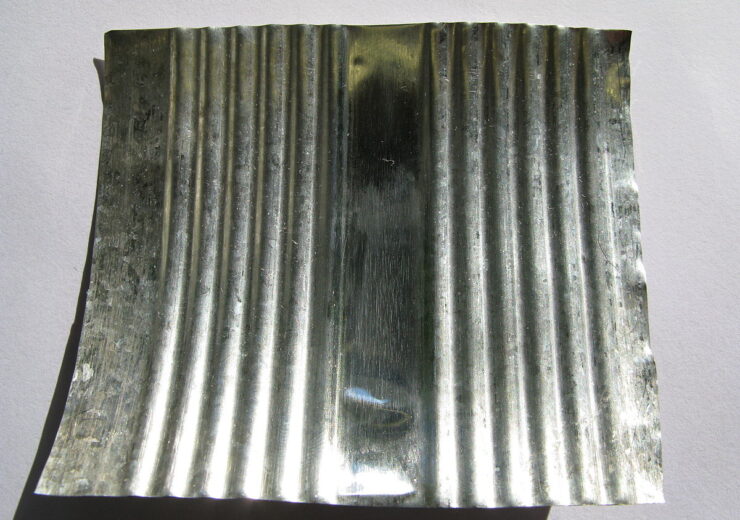 Tin plated metal from a can. (Credit: Schtone/Wikipedia)

Australia-based Rafaella Resources has signed an agreement with Valoriza Minería to acquire the San Finx tin and tungsten mine in Spain.

The deal includes the acquisition of Tungsten San Finx, the 100% owner of the mine.

Currently in care and maintenance, San Finx last operated in 2017, with a production of 35t of high-grade (~73%) tin concentrate and 32t of (~57%) wolframite concentrate. It holds mining concessions that are valid through until July 2068.

Rafaella stated that the transaction enables the company to increase its exposure to tin at low cost and supplement its Iberian tin/tungsten strategy.

The consideration for the acquisition includes a payment of €5m, which will be paid out of production royalties only after the sale of 1,000t of metal.

Rafaella Resources managing director Steven Turner said: “This low-cost acquisition further strengthens the company’s Iberian position following the recent agreement to buy two Portuguese tungsten projects, with a permitted mine that has recently been in production.

“The company will be looking at debt options to fund the modest capital requirements.”

Rafaella has acquired the San Finx mine, through its 100% subsidiary, Biscay Minerals.

With an effective date of 1 January 2022, the acquisition has been closed with the execution of the definitive agreements.

The mine saw investment from Valoriza for the development of a new decline, electrification of the mine and construction of new auxiliary facilities.

Valoriza is a wholly-owned subsidiary of SACYR, a Spanish infrastructure and engineering services conglomerate, has also completed the study to support the application for a water discharge permit.

The company is expected to provide ongoing environmental support for the mine.