Galaxy Resources has entered into an agreement with POSCO to sell a package of tenements on the northern basin of Salar del Hombre Muerto for $280m. 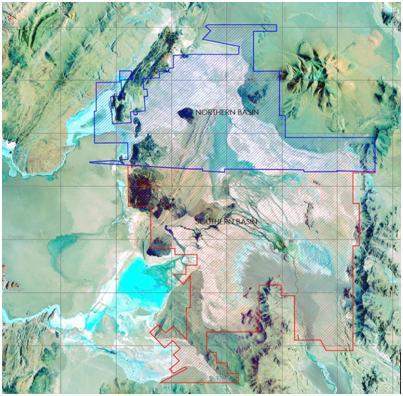 Image: The sale proceeds will be utilized to advance the development of the Sal de Vida Project. Photo courtesy of Galaxy Resources Limited.

The sale proceeds will be utilized to advance the development of the Sal de Vida Project.

Galaxy will receive the transaction amount after the completion of the relevant tenement transfer and registration procedures in Argentina.

“This transaction provides Galaxy maximum flexibility for the parallel process being led by J.P. Morgan, to evaluate and consider options for strategic partners for the development of Sal de Vida.”

However, the company will retain a 100% interest in the tenements on the southern area of the Salar del Hombre Muerto, located in Catamarca Province.

The transaction is expected to be completed in the fourth quarter of 2018.

Both the companies intend to continue to explore potential cooperation to maximize future development and operational synergies for their respective projects on the Salar del Hombre Muerto.

Rowley said: “We are very pleased to have developed what we see as a mutually beneficial relationship with POSCO with this transaction and look forward to close co-operation with POSCO on our respective projects.

“This transaction is also economically significant as it means there are well advanced plans for two lithium projects to be developed concurrently on the Salar del Hombre Muerto spanning across both Catamarca and Salta Provinces, which carries obvious benefits for all stakeholders in both regions in Argentina.”

The company owns and operates the Mt Cattlin mine in Ravensthorpe Western Australia, which produces spodumene and tantalum concentrate, and the James Bay lithium pegmatite project in Quebec, Canada.