The new brine lithium plant will have a production capacity of 25,000 tonnes of lithium hydroxide per annum 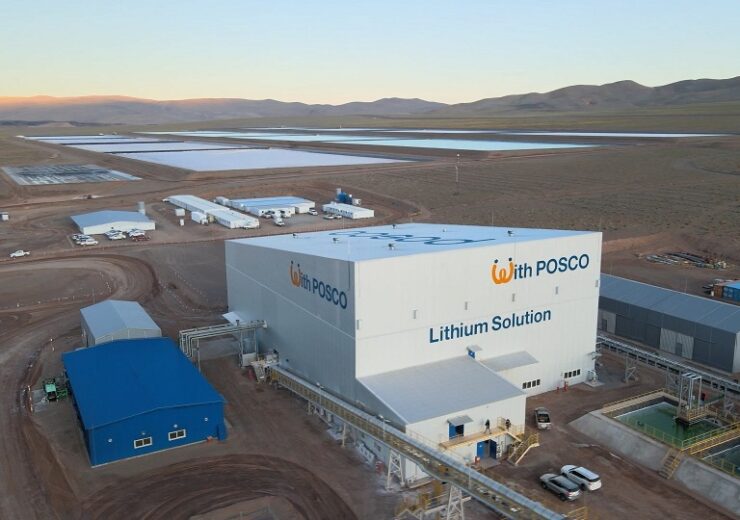 South Korean steel manufacturer POSCO has commenced the construction of a new lithium hydroxide (brine lithium) plant in Argentina, with a total investment of around $839m.

The company is building the new plant at the Salar del Hombre Muerto salt-lake in Argentina.

POSCO Argentina, a wholly-owned subsidiary of the company, will carry out the construction and operation of the new lithium plant, along with its financing.

The new brine lithium plant will have a production capacity of 25,000 tonnes of lithium hydroxide per annum, which is adequate to address demand from 600,000 electric vehicles.

The construction is expected to be completed in the first half of 2024.

In addition, POSCO is planning to enhance the plant’s production capability to 50,000 tonnes from the end of 2024, by making additional investment in 25,000 tonnes per year.

Overall, the company aims to have a capacity of 100,000 tonnes by 2028 to address the demand for about 2.4 million electric vehicles.

POSCO is said to be the first in Argentina to produce lithium hydroxide through the complete process, from acquisition of mining rights, exploration, construction and operation.

In 2018, it acquired salt lakes in Argentina, in view of growing global lithium demand due to expansion of electric vehicle industry.

Brine lithium consulting company Montgomery & Associates has confirmed the presence of 13.5 million tonnes of lithium reserves in the saltlake, at the end of 2020

The possible mining activity at the prospect is expected to produce at least 2.8 million tons of lithium carbonate.

POSCO stated: “The currently skyrocketing price of lithium has reached five times the price when the lake was acquired (market price of $70,000 per ton of lithium).

“Considering the normal operating profit margin of 50% in the lithium mining industry, the lake is forecast to produce ten trillion won in accumulated operating profit.”