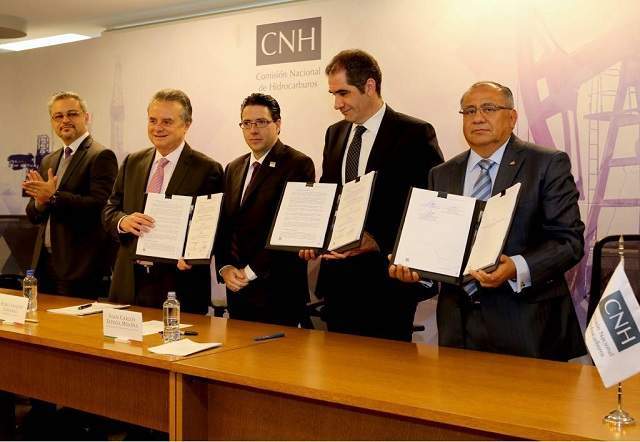 The blocks were won by the Mexican national oil company alongside other partners during the bidding process conducted by the National Hydrocarbons Commission (CNH) in Round 2.4 in late January.

One of the contracts signed by Pemex is with Royal Dutch Shell, another one is with Chevron and Inpex – establishing joint ventures with the three firms while the other two are individual contracts.

Pemex had won a total of four blocks during Round 2.4, two as part of a consortium, and two on its own. Alongside Shell, it won rights for Block 2 of the Perdido area and in consortium with Chevron and Inpex, it won area 22 of the Cuenca Salina province.

Pemex said that is making use of the flexibility and tools offered to it by the Mexican Energy Reform to set up new joint ventures. It further said that the four new contracts will enable the participants to explore the deep waters of the Gulf of Mexico jointly.

Pemex, in a statement, said: “Thus, Pemex consolidates its position as a reliable, attractive and competitive partner, who has learned to adapt to the new conditions of the international oil production environment.

“Joint ventures of this kind strengthen the company’s potential to profitably, sustainably, and safely maintain its production platform.”

Pemex has a stake of 27.5% in Block 22 which spans 2,879km2. Preliminary studies carried out indicate that the hydrocarbons likely to be found on this block will be mostly heavy crude oil, said the Mexican firm.

On its own, the Mexican national oil firm won the rights for Block 5 in the Perdido area and for area 18 of the Mexican Range province. Located in the geological regions of Cinturón Plegado Perdido and Cordilleras Mexicanas, these two blocks are spread over a surface of 2,733 and 2,917km2, respectively.