Southern California Gas (SoCalGas), as part of its vision to be the cleanest natural gas utility in North America, has announced plan to replace 20% of its traditional natural gas supply with renewable natural gas (RNG) by 2030. 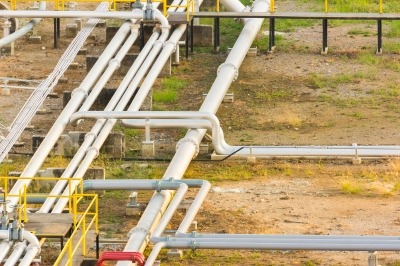 Image: SoCalGas plans to replace 20% of its traditional natural gas supply with RNG by 2030. Photo: Courtesy of akiraone/FreeDigitalPhotos.net.

SoCalGas is expected to kick start its plan by pursuing regulatory authority for executing a broad RNG procurement program to replace 5% of its natural gas supply with RNG by 2022.

The company has recently filed a request with the California Public Utilities Commission (CPUC) to allow its customers to purchase RNG for their homes and the company expects the CPUC approval for its voluntary program by the end of the year.

SoCalGas CEO Bret Lane said: “Our vision is to become the cleanest natural gas utility in North America, delivering affordable and increasingly renewable energy to our customers. Californians deserve clean, safe, and reliable energy that every family can afford. Today’s announcement is an important step toward delivering a clean energy future that works for every family and business in our state.”

RNG is a clean fuel produced from waste streams like sewers, food waste, dairy and agriculture waste, and can be used like traditional natural gas to use in homes and businesses, for cooking, and to fuel vehicles. RNG is also capable of reducing the GHG emissions.

In 2016, Governor Brown signed a legislation to reduce short-lived climate pollutants, including methane from organic sources. The company said that the law requires 40% of methane from sewage treatment plants, landfills and agriculture to be captured and provided for energy delivery to customers.

In January 2019, Calgren, a biofuel producer has started flowing renewable natural gas into the SoCalGas system from a dairy digester pipeline cluster.

The facility is expected to collect biogas from anaerobic digesters at 12 Tulare County dairies and prevents approximately 130,000 tons of greenhouse gas per annum from entering the atmosphere, which is equivalent of taking more than 25,000 passenger cars off the road for a year.

EDC Tulare County president and chief executive officer Paul Saldana said: “Tulare County is in a vital position to produce renewable natural gas from one of our largest industries, dairy. We are proud to be part of the solution to climate change in California.”