ERU and PGNiG will undertake operations on a licence located in the Lviv region, which is close to the Polish border 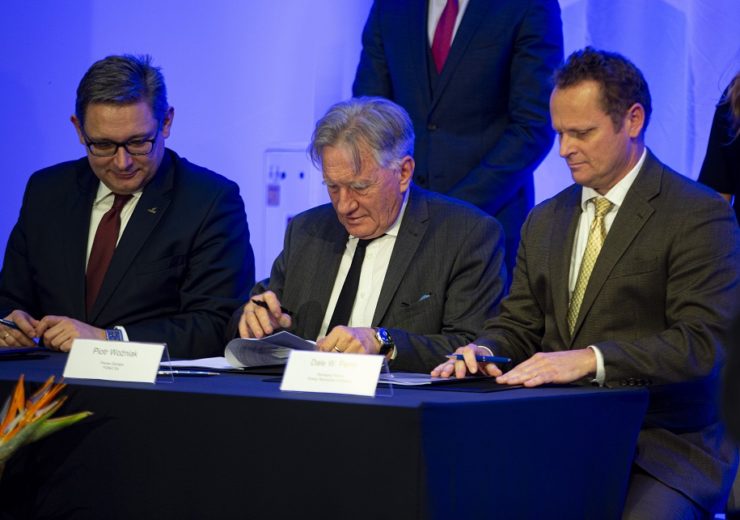 Image: Officials from PGNiG and ERU during the agreement signing ceremony. Photo courses of PGNiG SA.

As per the terms of the deal, PGNiG and ERU Management Services will undertake joint gas exploration and production operations in the western part of Ukraine, close to the Polish border.

PGNiG management board president Piotr Woźniak said: “We are consistently pursuing our strategy to expand PGNiG’s foreign operations. The agreement we have signed today will allow us to explore for natural gas in a very promising region.”

ERU Management Services managing partner Dale Perry said: “Since we established a business relationship with our Polish partner four years ago, we have noticed a positive shift in the investment climate in Ukraine and we are ready to take advantage of it to jointly invest in and expand upstream operations.”

ERU and PGNiG will undertake operations on a licence located in the Lviv region, which is close to the Polish border.

Following drilling first exploration well to a depth of up to 2,500m, the partners plan to carry out geophysical surveys to select further well locations, subject to securing all relevant approvals and permits.

Woźniak added: “We have good reasons to believe the region has strong production potential, similar to Przemyśl deposit which is the biggest natural gas deposit in Poland.

“Our experience and know-how gained from operating the field for over 60 years will certainly be of use in Ukraine.”

PGNiG estimates that the field has proven recoverable natural gas reserves of approximately 74Bcm, of which 65Bcm has already been recovered.

Following geophysical surveys and re-evaluation of the previously collected data, PGNiG estimates the field to hold an additional 20 bcm of gas.

In October 2019, PGNiG Upstream Norway, the operator of production licence 838, announced the new oil and gas discovery following the drilling the wildcat well 6507/5-9 S and appraisal well 6507/5-9 A near the Skarv field in the Norwegian Sea.